If you’re like most people, Black Friday conjures up images of big box stores and insane deals on TVs and appliances. If you’re like me, you’d rather go recording shopping.

Luckily, Record Store Day’s Black Friday edition is being held for the 10th year in a row, and there’s no shortage of quality record shops in Greenpoint for you to visit while you struggle to break free from your turkey-fueled food coma.

The Brooklyn outpost of Manhattan’s storied Academy Records, Academy Records Annex (85 Oak St.) will be open this Black Friday. Maintaining their regular 12 to 8pm hours, Academy will be carrying most of the special Record Store Day releases. END_OF_DOCUMENT_TOKEN_TO_BE_REPLACED

Record Store Day returns this Saturday, April 13th and the many record stores in Greenpoint and Williamsburg will be participating by offering limited releases and holding special performances and signings.

Rough Trade (64 N. 9th St.) will open at 9 a.m and is carrying the full roster of RSD releases and will host the following in-store performances and signings:

Along with your top want RSD releases we’ll be putting out tons of great used titles at both stores. Get em all Saturday at 10am.

Academy Records (85 Oak St.) opens at 10 a.m. and in addition to RSD titles are promising to have a fresh selection of recently acquired used records.

🎉🎉🎉 Record Store Day is Saturday! We’ve invited some killer DJs to celebrate with us all day long. We’re also gonna have an insane amount of fresh used records hitting the bins so if you’re making the RSD rounds, please swing by!

A post shared by Brooklyn Record Exchange (@brooklynrecordexchange) on Apr 11, 2019 at 9:31am PDT

END_OF_DOCUMENT_TOKEN_TO_BE_REPLACED

Weekend Music: Man with a Tan

For some bizarre reason I’m in a good mood today, so mostly recommending happy music this weekend.

Yacht rock, political parody, and rockabilly are all on the menu.

We also include some punk and gloom at the end of the post, for all of you grumps out there.  END_OF_DOCUMENT_TOKEN_TO_BE_REPLACED

This Saturday is Record Store Day

Tomorrow (Sat 4/19) is Record Store Day. This annual event is held at independent record stores all over the country and further afield. It offers many exclusive releases, in store performances, and other fun goodies. Since we have several awesome record stores in our neighborhood, we put together a little resource about what’s happening at each one this weekend. END_OF_DOCUMENT_TOKEN_TO_BE_REPLACED 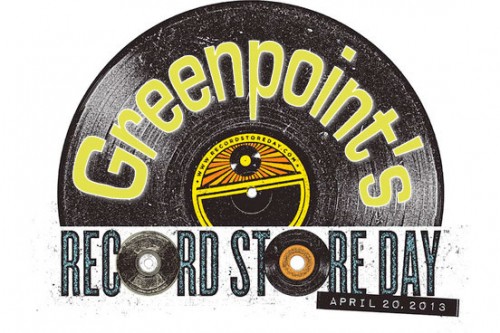 Meanwhile a few blocks north, Permanent Records will be open from 10AM to 8PM. Both shops promise to be stocking up on as many RSD exclusives they can get their hands on. (You can find a full list of those exclusives here: END_OF_DOCUMENT_TOKEN_TO_BE_REPLACED

An essential part of any conversion from regular person to walking Brooklyn stereotype is embracing the joys and sorrows of vinyl, and I’m proud to say that after a too-long saga involving a basement-salvaged receiver, the friendly folks at MTZ Electronics, and vast sums of money I, too, can now listen to music inconveniently.

Joking aside, record collectors take today seriously: Once a year, on Record Store Day, a wide variety of limited edition, highly sought-after recordings are released and a much needed infusion of cash is brought to local merchants.  It’s a way of raising awareness and appreciation for your local record store because, despite the scalping of the rarest releases on ebay, most of today’s releases are only available in person.

Our local shop (and my personal favorite) Permanent Records gets into the swing of things with a full day of events.  I arrived a bit before the 11 opening to find a line stretching up the block; the mood was chatty and cheerful, and I got a chance to meet with LIC residents Jiancarlo and Jen who were on their third shop of the day.  Jiancarlo had a system and knew exactly what he was looking for; he explained that the records were mostly for himself although he’s begun trading online as well.  They appreciated the calm pace that Permanent Records kept despite the crowds; I, as much more of a novice, just appreciated the chance to pick up a new release or two from some of my favorite artists.  If you read this in time, check out the bands at Permanent Records today; if not, keep an eye on next year.