B Boys definitely got the crowd amped up for Brooklyn headliners Parquet Courts. The band’s been around long enough to be able to wistfully (and perhaps bitterly) reference the dwindling Brooklyn DIY scene and the Elsewhere owners’ fallen former venue. When the crowd started catapulting their drinks at the stage during the second song, keyboardist Austin Brown quipped, “This isn’t Glasslands, you can’t throw shit.” And being a band born in Brooklyn in the mid-aughts certainly they’re clearly schooled in the art of playing to a house full of intoxicated locals donning flannels, thick-rimmed glasses and vintage Fugazi shirts. But this time, the scene was different. It was Elsewhere. END_OF_DOCUMENT_TOKEN_TO_BE_REPLACED 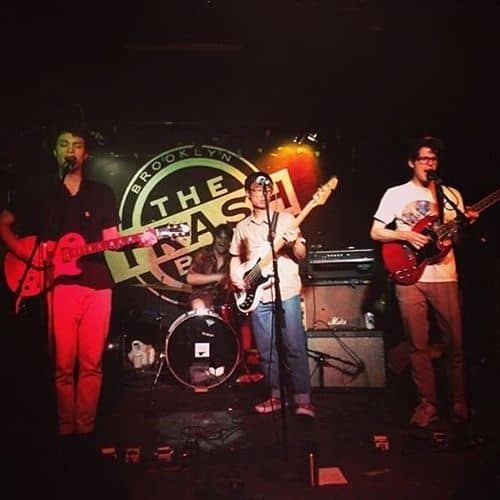 Have an ear gander after the jump.