Speaking of additions, Citi Bike will add 2,500 docking stations between Williamsburg and Manhattan, and 1,250 new bikes system-wide, to help contend with L-Pocalypse.  END_OF_DOCUMENT_TOKEN_TO_BE_REPLACED

The park has some deep design bonafides. It was designed by James Corner Field Operations, the same firm that helped design the High Line. Accordingly, Domino Park will have a High Line of sorts all its own. This will take the form of an Artifact Walk, an elevated catwalk that will feature the salvaged industrial innards of the Sugar Factory. Items on display will include dials, meters, valves, tanks and bucket elevators. Additionally, the Brooklyn Historical Society will curate a small, permanent exhibition about the site’s history which will be on display inside the converted refinery.  END_OF_DOCUMENT_TOKEN_TO_BE_REPLACED

Walk This Way: Floating Bridge Proposed Between Greenpoint and LIC

The good folks at Creme / Jun Aizaki Architecture and Design are hoping to bridge the gap between Greenpoint and Long Island City with a floating bridge connecting Manhattan and Vernon Avenues across Newtown Creek.

Beyond that, the project calls for “a renovation of the street at Manhattan Landing, a pedestrian bridge across Newtown Creek, waterfront restoration and expansion on both sides of the bridge, and a pedestrian route across the LIRR railyard.”  END_OF_DOCUMENT_TOKEN_TO_BE_REPLACED

Over a year and a half ago, Greenpoint resident Shane Gill began feeding a colony of feral cats on Eckford Street. The Cats had congregated at a construction site there, which lay dormant due to a stop work order. Now, construction is set to begin again, and the cats’ displacement is eminent. Gill reached out to the Greenpoint community for advice about how to help relocate his feline fellows, and Greenpoint residents responded with overwhelming support for our neighborhood cats.  END_OF_DOCUMENT_TOKEN_TO_BE_REPLACED

Live in a One-Bedroom on Manhattan Avenue for $1020/month

While many Greenpointers find it difficult to cheer constant “luxury” real estate development in the neighborhood, the situation may yield one perk: the housing lottery. The newest spot with apts on offer is 977 Manhattan Avenue, between India and Huron. The entire 14-unit building is going for a cool $14.25 Million, but New Yorkers earning 60% of the area median income can apply for 3 1-bedroom apartments, each asking $1,020/month, including utilities.

The environmentally conscious among us might be excited to know that the building is Green Certified, and sports energy-efficient elements, including solar panels. Other perks include a bike room, central air, and in-ceiling speakers.  END_OF_DOCUMENT_TOKEN_TO_BE_REPLACED 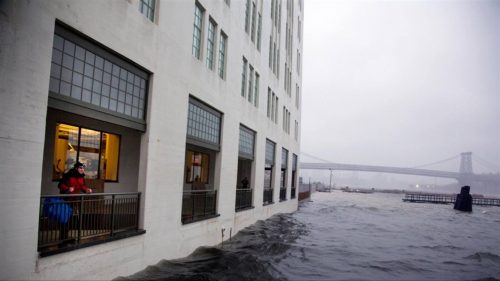 As 2018 picks up steam, the news continues to roll in… even when the subway doesn’t. Much has been made of the MTA’s plans for L-pocalypse, the 15-month L train closure slated to begin in April 2019, but some G train riders are already feeling the squeeze. New York 1 reports that “it’s a mess” at the Court Square station because the MTA is adding 3 new stairways to the G platform in anticipation of the L train shutdown.

Speaking of construction-induced squeezing, two city agencies have come forward with separate plans to redevelop the Greenpoint Hospital site, and the parking lot across the street. Together, the two developments could add 750 new apartments within a two-block area.  END_OF_DOCUMENT_TOKEN_TO_BE_REPLACED