Cast Your Vote for Next Week’s Movie at McCarren (Weds, 8/29) 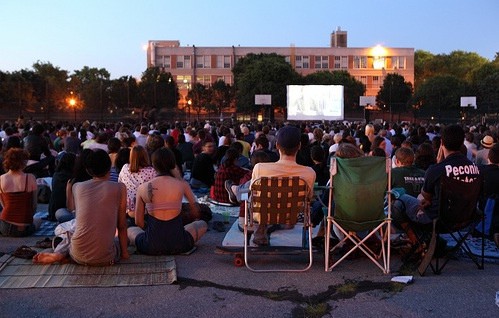 The movie they show at next week’s Summerscreen (Weds, 8/29) is up to YOU! Cast your vote here for which movie you’d like to watch! Pick from:

The film will screen on Wednesday, August 29th beginning at sundown. Doors are at 6, music starts at 7pm. Bring blankets and chairs and snacks. There will also be food and drinks sold from local vendors. And, it’s FREE!

Submissions for the Greenpoint Film Festival are currently being accepted. The extended deadline is March 15th, 2018. Many of last year’s films had a local environmental slant, featuring our favorite highly polluted waterway Newtown Creek. Here’s what the fest has to say, and how to enter: END_OF_DOCUMENT_TOKEN_TO_BE_REPLACED 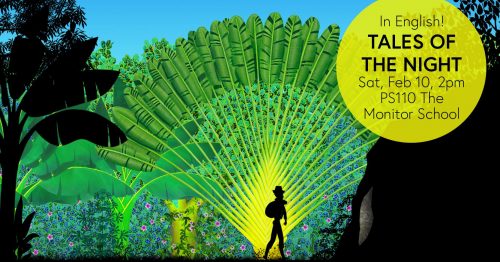 Kinomaniacy! Polish Filmmakers NYC is presenting a screening of the 1979 film The Conductor (Polish title: Dyrygent) tonight at Film Noir Cinema (122 Meserole Ave), about an orchestral love triangle and love affair of music. The screening will be followed by a Q&A session with lead actor Andrzej Seweryn. Here’s a summary of the film via IMDB/Polish Cinema Database: END_OF_DOCUMENT_TOKEN_TO_BE_REPLACED

I was looking at a list of films made in Brooklyn, which listed 146 films shot in Brooklyn. When I looked at the list I noticed that many of the films, which were shot at least in part in Greenpoint, were not on the list. This is an incomplete list of films with Greenpoint locations. If you know of films not mentioned on this list, let us know by emailing [email protected] or commenting on this post.

First on the list are two of the most iconic films made about Brooklyn: 1) Serpico (1973) with Al Pacino, which was shot on Driggs Avenue and 2) Donnie Brasco (1997), based on the real life Greenpointer Sonny Black Napolitano, was shot on West and Manhattan Avenue.

3) The Siege (1998) with Denzel Washington was shot on Manhattan Avenue.

6) The Departed (2006) with Jack Nicholson was shot in McCarren Park and at the now shuttered Park Luncheonette restaurant. END_OF_DOCUMENT_TOKEN_TO_BE_REPLACED

END_OF_DOCUMENT_TOKEN_TO_BE_REPLACED

If you have not heard of rapper, former chef and Viceland host Action Bronson’s low culture cult following, you may soon be aware of his larger-than-life presence. Born in Queens and reportedly living in North Brooklyn, he has become an icon somewhat for his brazen rap stylings, but is probably more acclaimed for his self-proclaimed lyrical adoration of the pre-packaged foods most of us grew up with—chicken tenders, Starburst, Steak-umms; and his more complex and grown-up gourmet tastes—steak that’s aged for over 20 days, lamb that’s been roasted over 7 hours, stuffing filled with truffles and pears. As a chubby, foul-mouthed yet lovable character, he appeals to many: the shameless (those who would happily chow down on dirty water hotdogs), the detail-oriented (people who would source the best ingredients to create a very simple meal) and the fun-food-havers (regular people at a backyard BBQ where the smoker’s been going for hours, where homemade food and booze is abundant and anything goes). END_OF_DOCUMENT_TOKEN_TO_BE_REPLACED