Royal Hawaiian Shave Ice is offering a colorful cool-down treat in Greenpoint this summer. Operating out of a window at Lobster Joint (1073 Manhattan Ave.), the Hawaiian shave ice company serves dozens of flavors and specialty creations of the tropical treat.

Looking to break out of the usual Smorgasburg / Mermaid Parade pattern this weekend?

Out in the Rockaways tonight (6/17), ukelele master Lorena Leigh leads a music jam at sunset around a campfire.

Bring your bathing suit for a dip at dark. Or, a guitar for the campfire songs. 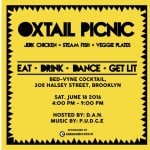 Saturday (6/18), if the Mermaid Parade seem too far afield, the Oxtail Picnic in Bed-Stuy has oxtail stew, steam fish, and a backyard bash where the crowd is “not too stoosh to shake their ass on the dancefloor,” as the event’s Facebook page puts it. Esteemed DJ P.U.D.G.E. presides.

Details for both events, and how to get there, inside. END_OF_DOCUMENT_TOKEN_TO_BE_REPLACED 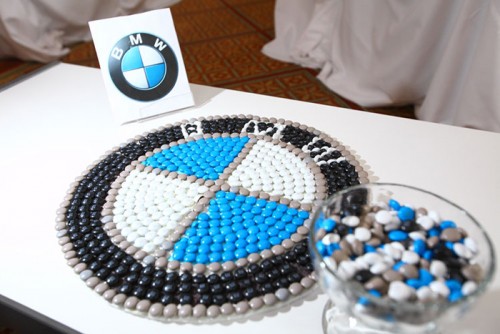 Well, well, the tide of gentrification is officially churning over in our little pocket of Brooklyn. Less than two years after its launch, our very own fun house The Brooklyn Night Bazaar, is leaving the neighborhood. What was once supposed to be a permanent space to play minigolf in a black lit room, pick up that wooden iphone cover you’ve had your eye one, sample some tasty food, or simply grab a brew while enjoying the bands playing in the back room–the Brooklyn Night Bazaar’s 23,000 sq foot space was apparently too much fun for its own good.