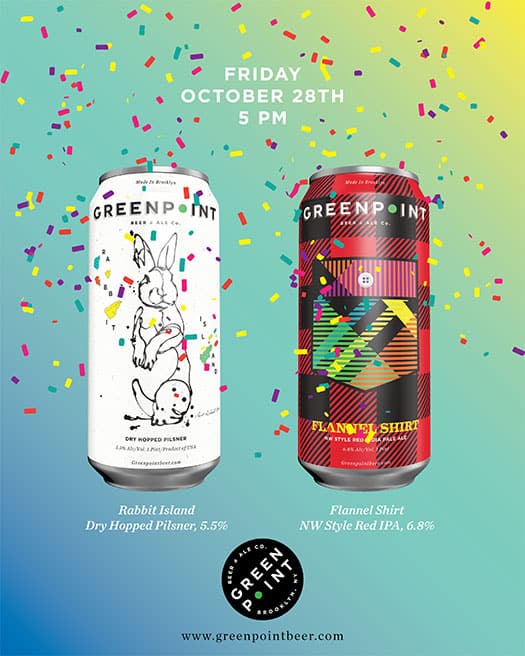 If you missed the last canning at Greenpoint Beer & Ale (7 North 15th Street), there’s another one coming up this Friday, October 28th at 5PM.

As we saw in their canning launch party “The canning sequence is nothing short of mesmerizing” and “For the brewers, this challenge is an opportunity to flex their creativity, and concoct some really diverse and interesting creations that keep bringing customers back again and again…”

Thsi time, they’re releasing Flannel Shirt Red IPA and Rabbit Island Pilsner into the wild. Rabbit Island is a beautiful hoppy pilsner brewed exclusively with forever tropical Motueka and Wi-iti hops from New Zealand. Plus it features killer artwork from infamous local artist Paul Richard. Flannel Shirt is our homage to the sticky, piney & eternally hoppy Red IPA’s from the Pacific Northwest. Just like last time this is a super limited run so make plans now to join us for more canned awesomeness than any of us certainly deserve. $4 per can, $16 per 4 pack, $96 per case.

Here’s the canning process in action we caught in the last visit! 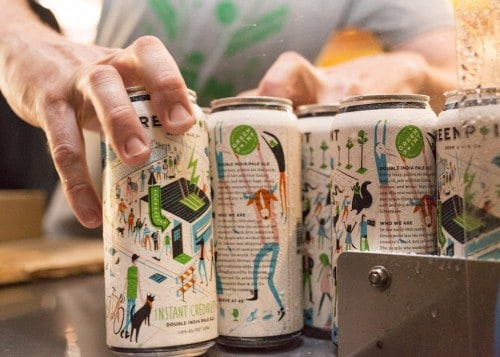 Far from the beginning of this brewery’s story, this canning is but an exciting new chapter in their long history making and importing wonderful beer. Owner Ed Raven has been in the business of great suds since the 1980s. Not long after getting his start with the Brooklyn Brewery, he began his own importing company, RavenBrands, and opened the Brouwerij Lane beer shop on Greenpoint Avenue in the early 2000s. After Raven opened Greenpoint Beer and Ale Co. in 2014, the beer shop began to serve as a pseudo-training ground for young hopefuls who want to work at the brewery–honing their palettes and familiarizing themselves with beers from all over the world. END_OF_DOCUMENT_TOKEN_TO_BE_REPLACED