When the NYC Landmarks Preservation Commission approved redevelopment at 111 Noble Street, in early February, many Greenpoint residents were chagrined to hear that the LPC would allow a property well within the limits of the Greenpoint Historic district to be so distinctly altered. The approved plans call for a third floor and a penthouse to added to the existing structure, and an expansion on the back of the house.

Since the LPC made its decision, Members of the Noble Historic Block Association have been advocating for “for the restoration of and maintenance in scale of [the original building], a modest house on our landmarked block.” The group wrote in an email to Greenpointers, “The LPC’s recent approval for radical expansion of two additional floors plus elevator is, we fear, essentially going to result in demolition and rebuild. Not only are we concerned about this happening to this property, but also we’ve continued to voice our concern that it creates a precedent (or adds to a trend) of the LPC permitting radical development rather than preservation within Landmarked areas.” END_OF_DOCUMENT_TOKEN_TO_BE_REPLACED 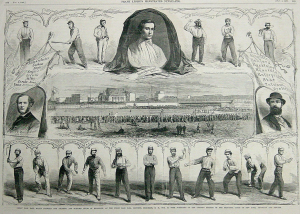