A car with an Elizabeth Warren bumper sticker, an alcohol ad featuring Donald Trump, and the giant wall mural at Transmitter Park were all targets this week in a rash of political and hate-filled graffiti in Greenpoint. END_OF_DOCUMENT_TOKEN_TO_BE_REPLACED

The Hate Crimes Task Force is investigating the attacks which began around 5 a.m. this morning at Ross Street, News 12 Brooklyn reports: END_OF_DOCUMENT_TOKEN_TO_BE_REPLACED

Two large swastikas were discovered painted on the sidewalk on Newel Street at Norman Avenue in Greenpoint on Monday, in an incident that has been reported to the NYPD’s 94th Precinct.

The two swastikas were painted in black with arrows pointing away on Newel Street. This follows a rise in hate crimes in NYC and the spread of hate graffiti in the North Brooklyn area.

Last January, a series of stickers with hate speech was discovered on McGuiness Boulevard, and a Greenpoint-based couple received a letter in the mail with a Swastika telling them to ‘die.’ In February the Chabad of Bushwick’s windows were smashed, and in March the NYPD held a community forum on hate the day after a Ruth Bader Ginsburg poster was vandalized in the Nassau Avenue subway station.    END_OF_DOCUMENT_TOKEN_TO_BE_REPLACED 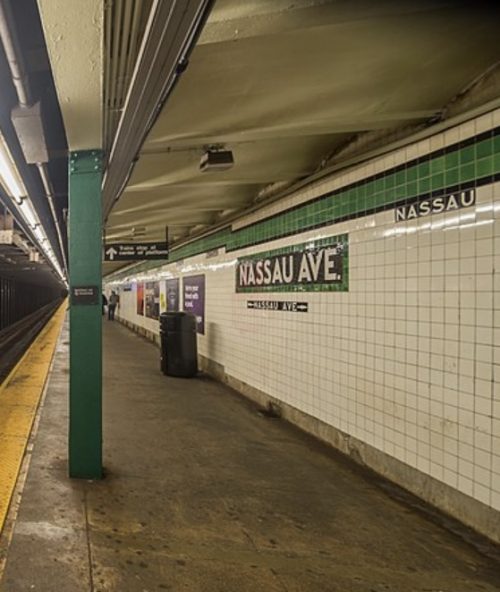 END_OF_DOCUMENT_TOKEN_TO_BE_REPLACED

Suspect Sought in Potential Hate Crime at Chabad of Bushwick

The NYPD is seeking information regarding the identity of a suspect in connection with an alleged hate crime at a Bushwick synagogue last weekend.

Video surveillance released by police shows one of two potential suspects that are sought for questioning for breaking the front windows of the Chabad of Bushwick (1087 Flushing Ave).

There were approximately 15 people inside the Chabad when the front window was smashed at around 2 a.m. Saturday morning, no one was injured. A crowdfunding campaign has been launched to “go towards increasing the activities of Chabad of Bushwick, and towards renovating the Chabad House.”

Hate crimes in NYC have approximately doubled this year compared with the same period in 2018. The NYPD has tallied 47 hate crimes so far in 2019, with 2/3 cases targeting the Jewish community, CBS reports.

A pattern of hate graffiti and harassment with hate speech has been documented over the recent months in Greenpoint.

Mayor de Blasio held a rally just last Thursday at the Kingsway Jewish Center in Midwood where he denounced the rise in hate crimes in NYC.

Black Student Beating in Williamsburg Investigated as a Hate Crime

Police are currently investigating the details surrounding the beating of  Taj Patterson, a 22-year-old fashion student, who was allegedly attacked by a Hassidic mob on the morning of December 1st. Eye witnesses, including the MTA bus driver who pulled over and intervened when he saw what was happening, described the men who attacked the student as wearing uniform jackets with three letters, one of which was an “S.” END_OF_DOCUMENT_TOKEN_TO_BE_REPLACED