Halloween Must-Do: Attend This Séance to Make Contact With The Other Side

There are some spine-tingling events brewing in North Brooklyn this Halloween, and this séance is no exception—part immersive microtheatre, part cocktail party and part magic show, The Other Side is entertaining, mind-bending and a little spooky.

My night started off unassumingly enough in a Williamsburg apartment, where I mixed and mingled with twelve other formally dressed guests at an intimate cocktail gathering. Our venerable host, world-renowned mentalist Jason Suran, announced each guest to the group by name as we arrived, and encouraged everyone to get to know each other over h’ors d’oeuvres and drinks. He asked us each to write down the name of someone close to us that had passed, fold up the paper and keep it to ourselves. Then the group gathered around a coffee table to hear Jason tell us a little history of mentalism—which included tales about fly-by-night psychics, clairvoyants, tricksters and Harry Houdini. The stage was set for the unearthly night we were about to have. END_OF_DOCUMENT_TOKEN_TO_BE_REPLACED

Are there noises in your apartment that go bump in the night? Perhaps a shadow darting out of the corner of your eye? A phantom touch? Or, perhaps it felt like someone, or something else, was with you…but West Street was oh-so-empty.

Enter the Brooklyn Paranormal Society, a collective of spooky enthusiasts that seek out Brooklyn’s most haunted spots. I joined the group on August 9th to see what might be lurking in the dark in our neighborhood. Would I encounter other-worldly apparitions? Lost souls? Fragmented shapes and dark shadows? Or maybe a disembodied voice or two…

It was certainly a frightful night with all things spooky. In a word, it was totally-me and I was ready to go ghost busting.
END_OF_DOCUMENT_TOKEN_TO_BE_REPLACED 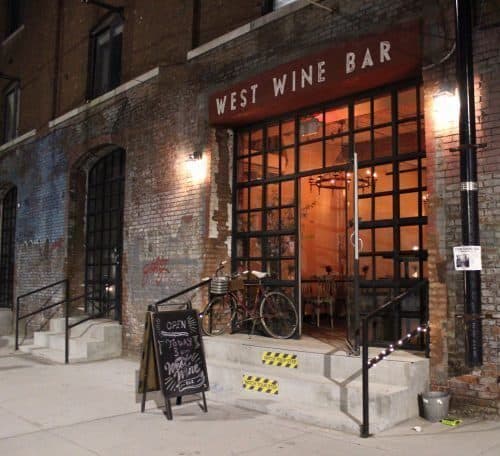 The Brooklyn Paranormal Society‘s mission is to seek out and uncover Brooklyn’s most spooky spots, and making contact with the other realm. Their Meetup group is almost 500-people strong, so it seems that quite a few Brooklyners are freaks for the strange and unusual (and maybe a little history, too). This Wednesday night (August 9th), they are hosting a ghost investigation right here in Greenpoint, beginning at West Wine Bar (67 West St) at 7pm, with a seance starting around 9 or 9:30pm, and will later move to different parts of the building and outside. The event is free, and there will be happy hour specials at the bar. If you can’t attend, but have been hearing peculiar noises in your building, or your apartment suddenly gets cold and you sense a presence lurking about, they have a paranormal tips hotline: (844) 666-BKPS.

Greenpoint, a neighborhood with a manufacturing and nautical past and many historical buildings, is no stranger to spirits taking cover in the shadows. In the early 1900s, Greenpoint was not the safest place to be—stabbings and shootings were fairly commonplace, and the area played host to warehouse accidents like workers getting crushed to death or deadly explosions.

Spirited Away: I Survived The Séance At The Diamond

October 31st happens smack in between the Autumnal Equinox and the Winter Solstice, so ancient peoples thought it was the perfect time for making magical contact with the dead. If you’ve heard people say “the veil is thin on Halloween,” it means that this is when the worlds of the living and the dead are as close as they ever will be all year long. There’s less of a separation between the two, which makes it prime time to try to make connections with those who’ve passed.

The crowd of about 20 attendees at this Sunday’s Halloween séance at The Diamond (43 Franklin Street) were instructed to grab a drink and shut off our phones before descending the stairs into the bar’s basement, all of us seemingly unsure of what (or who) might lay beneath. END_OF_DOCUMENT_TOKEN_TO_BE_REPLACED

Ghosts of Greenpoint alive and well!

Happy Halloween Greenpoint!!! Before you head out to play trick or trick tonight it might be fun to arm yourself with some ‘real’  ghost stories to spook out your friends. The New York Times recently wrote an article about a haunting at the Sweetwater Tavern, but have you heard about these ghost sightings ripped from headlines of papers that faded long ago? 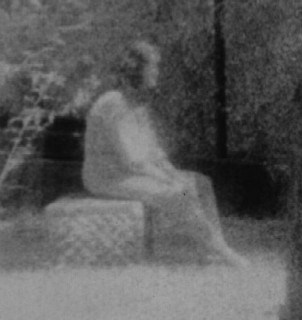 It was said her heart died long before she did.   END_OF_DOCUMENT_TOKEN_TO_BE_REPLACED