Don’t be a drag, just be a queen: BUSHWIG returns! 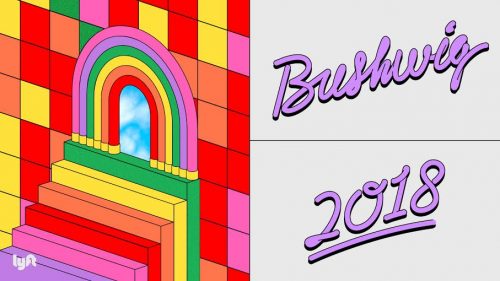 This year the kiki is bigger and better than ever.

Founded by Brooklyn artists Horrorchata and Babes Trust, BUSHWIG has garnered an international audience — including shows in Los Angeles and Berlin — featuring curated lineups with the most well-respected names in the drag community.

The festival is an inclusive event and takes great pride in being a celebration of anyone for everyone. BUSHWIG functions first and foremost as a community event, giving all a part of the stage and an opportunity to share their talents with queer people from around the world. BUSHWIG has been known to feature drag artists before they hit international super stardom including Aquaria, Aja, Sasha Velour and more.

In addition to non-stop drag performances and live music and DJ’s, enjoy

In the words of RuPaul, “We’re all born naked and the rest is drag.” So come on out to BUSHWIG and show off your best self.

June is LGBTQ Pride Month and events, celebrations and parties have been popping up all over Brooklyn culminating in the huge Manhattan parade this weekend. And it couldn’t be more timely, with the Supreme Court ruling that there can be no more bans on same-sex marriage, the country has cried out in celebration for marriage equality, FINALLY.

Last Saturday North Brooklyn PRIDE Block Party was bumping, despite some cloudy skies and rain, check out some photos below: 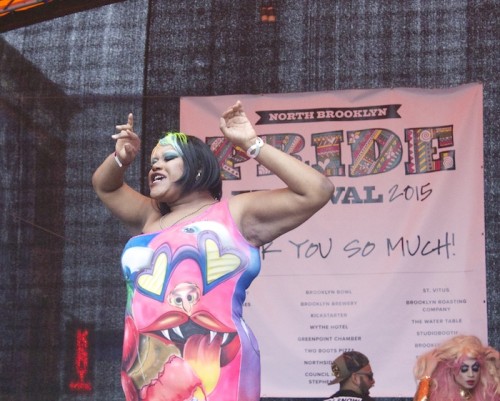 END_OF_DOCUMENT_TOKEN_TO_BE_REPLACED

Leech therapy is a thing now. Andrew Plucinski, is apparently running a leeching therapy service out of his Greenpoint loft, which he’s dubbed the “Silesian Holistic Center.” It’s like super DIY.  Now, to get one of our writers to try it…. (The Guardian)

A new massive sports club is slated to open near Berry Park and will have four floors, a rooftop deck, and two endless pools… because the wealthy Williamsburg condo owners need an equally fancy place to workout. We’ll be the ones sneaking in.  (Bedford + Bowery)

Polish immigrants in Greenpoint are concerned that Russia’s power over Ukraine could spill over to their home country. Fears have been steadily rising in the Polish media. Many worry that Putin will want to re-exert the power that Russia once had over Poland before the fall of the Berlin Wall. END_OF_DOCUMENT_TOKEN_TO_BE_REPLACED