For years I used to love taking the number seven train through Long Island City just to see the amazing 5 Pointz building and its amazing graffiti. Some called it “The United Nations of Graffiti” because of the international artists who created the art there. Other people dubbed it “the world’s only graffiti museum.” The owner, Jerry Wolkoff, had given the artists’ permission to use the building as a canvas for “aerosol art” and the building was covered in multicolored murals and tags, making it a tourist mecca as artists and fans of graffiti art from around the world traveled to see the former industrial building in Long Island City that artists had decorated for two decades. END_OF_DOCUMENT_TOKEN_TO_BE_REPLACED

“Save the Palestine” Water Tower is Now Just Grey

First, 5 Pointz was shut down to make way for a new complex of gleaming residential high-rises. Then, Domino Sugar factory was salvaged for “industrial artifacts” ahead of developers’ plans to raze the buildings and create a “mini-neighborhood of apartments, offices and parks.” Now, this past weekend, another Brooklyn icon went silently in the night—Greenpoint’s famous steel water tower, inscribed with the Polish flag on one side and “Save the Palestine” on the other, was painted over with a coat of grey. END_OF_DOCUMENT_TOKEN_TO_BE_REPLACED

This bone collector lives just around the corner, as does his creepy collection of deformed cats. He also has a preserved monkey, a 2,000 year old mummy head, and an a “two-bodied pig”, which he “pickled” himself. Still have your appetite? 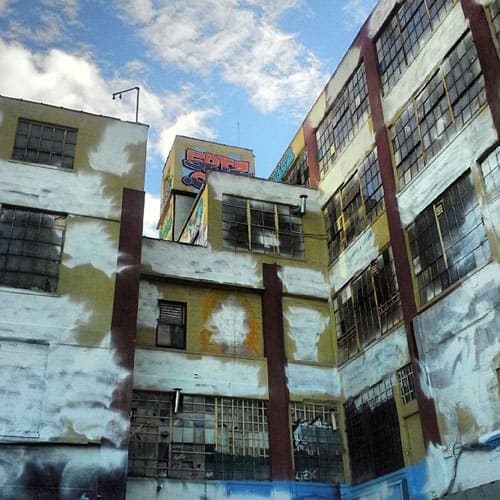 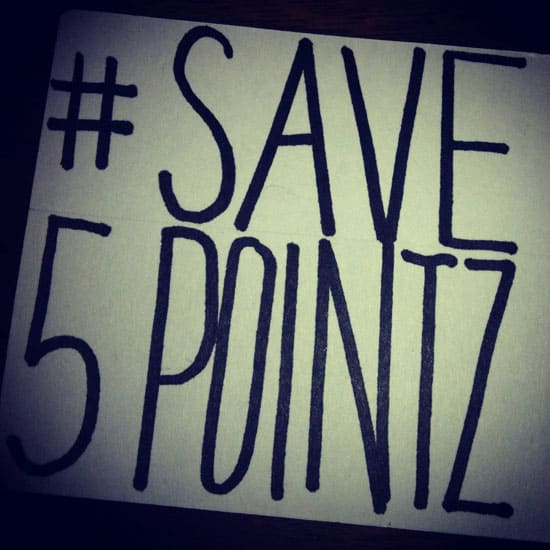 Over the Newtown Creek another battle wages against the Manhattanization of the outer boroughs – the HUGE international effort to Save 5 Pointz, an underground art institution, which makes the ride on the 7 train to Manhattan so visually appealing and so not Manhattan. END_OF_DOCUMENT_TOKEN_TO_BE_REPLACED