Having just recently moved to Williamsburg from Austin, Texas, I've been doing everything humanly possible to get better acquainted with North Brooklyn. I'm currently working on a masters degree in magazine journalism, and in the past three months, I've had the great privilege of working with the residents, business owners, elected officials and activists who make Greenpoint such an amazing nabe and a compelling news beat.

Hipster Bashing Is Getting Old

I write this fully aware of the flak I’m going to get. But here it goes.

I read an article in Brooklyn Magazine the other day discussing whether hipsters and gentrification are ruining Brooklyn. I stand on both sides of the argument here. I’m not labeling myself a hipster. There’s more than enough evidence in my life to suggest that I certainly am not, but I do nevertheless fall under that umbrella of intellectual and creatively minded young people who enjoy a good artisinal roast every once in a while. And I’m definitely one of those more liberal arts types saddled with an enormous student debt sticker on my forehead.

Thus I moved to Brooklyn to cut my losses the best I could. But I moved to North Williamsburg, so I’m not exactly sure what good that did in the end. And having recently been the unsuspecting target of a hatefully anti-hipster website (over some pictures I took of a glow-in-the-dark kickball game…like really? Get over it.), I naturally began feeling pretty guilty whenever I walked down my street or whenever I worked my beat because of course I look nothing like the original culture of the neighborhood.

But now I wonder: Why am I guilty? I pay my rent. I take out my trash. I’m respectful to my neighbors and to members of my community. I have a great relationship with my landlords, who are among the first generations of Italian immigrants in Williamsburg. Why should I feel poorly for how I dress and for the things I like? Why is that at all marginalizing? END_OF_DOCUMENT_TOKEN_TO_BE_REPLACED 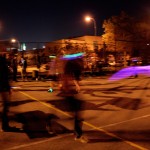 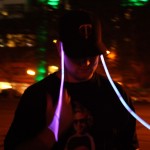 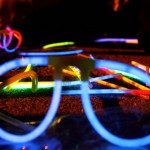 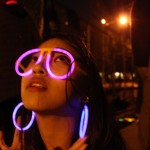 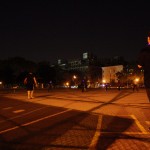 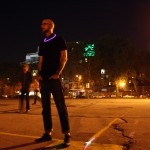 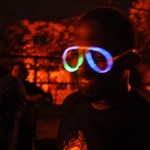 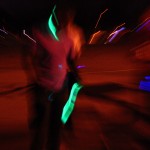 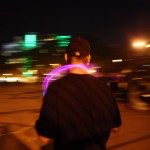 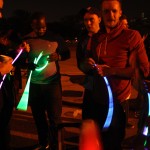 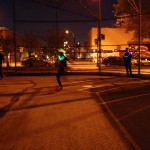 If you rolled by McCarren Park (at Berry and North 12th) last Friday night, you probably saw this glow-in-the-dark spectacle. Meet the McCarren Park Kickball Crew. It started off as a school project and has since become a regular outing for a group of Brooklyn friends. Think this sounds like too much fun? Well, it is! And the best part is, the Crew’s open to the public! If you’re interested in joining, check out the Facebook page for updates on the next game.