From Missions of Mercy to Saving Smiles in Greenpoint: Meet Dr. Jacqueline Pierre

The Smilist (120 Nassau Ave) has been hard at work, saving smiles one sweet tooth at a time and to celebrate its one year anniversary of landing in Greenpoint, they are inviting the entire community to their Taco Tuesday party to mingle over food & drinks, meet & greet their staff, and introduce the latest member of their cavity busting, tooth restoring, A-team: Meet Dr. Jacqueline Pierre.

With a warm and friendly demeanor, Dr. Pierre is not your average native Brooklynite. Her interest in dentistry began when a friend introduced her to Mission of Mercy, an organization that offers free dental care services to underserved areas. As a young college student, she spent her summers in the Appalachian Mountains, shadowing dentists as a volunteer. She met people who never had access to care and after seeing how dentistry impacted lives, she was inspired to become a dentist and enrolled in NYU dental school.

“I’ve had patients who told me that me changing their smile affected their jobs and their confidence level… It means a lot for me to be able to give that to people,” said Dr. Pierre. 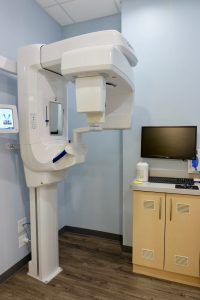 She spends the time to have a conversation and just get to know people before treating them. And as a patient-focused organization, The Smilist was the perfect opportunity for Dr. Pierre to grow in dentistry.

Dental care is one of those fields that inspires fear in a lot of people (including the author of this post). To Dr. Pierre, “I think it’s because the mouth is such an intimate part of someone’s body. You’re in their face, literally. And also a lot of people have previous trauma. Things have changed a lot in dentistry. Technology has changed, there’s a much more gentle approach.”

As far as technology goes, The Smilist is equipped with the latest and greatest: Digital radiography to get you instant x-ray images with 90% less radiation than traditional methods; Rotary Endodontics to capture panoramic images and make visits shorter for patients to name a few. 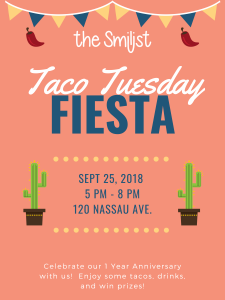 Meet Dr. Pierre and mingle with neighbors over tacos by Dos Toros and drinks this Tuesday (September 25th, 5-8pm) at their 1 Year Anniversary Party! RSVP 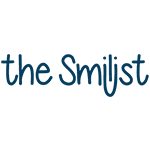 Sponsored by The Smilist: Greenpoint’s newest dental office (120 Nassau Ave,) is The Smilist’s first Brooklyn location and includes team of highly skilled Dentists, Periodontists, and Orthodontists committed to meeting your dental needs under one roof. This Brooklyn dentist office provides an extensive amount of services such as general dentistry, cosmetic dentistry, restorative dentistry, and orthodontics.