A hodgepodge of artistic events are on display this week, neighbors — Laurie Simmons comes to Nitehawk, DJ Spooky returns to his home borough, and more art delights and invades Northern Brooklyn this week. Take a gander at the eclectic mix below! 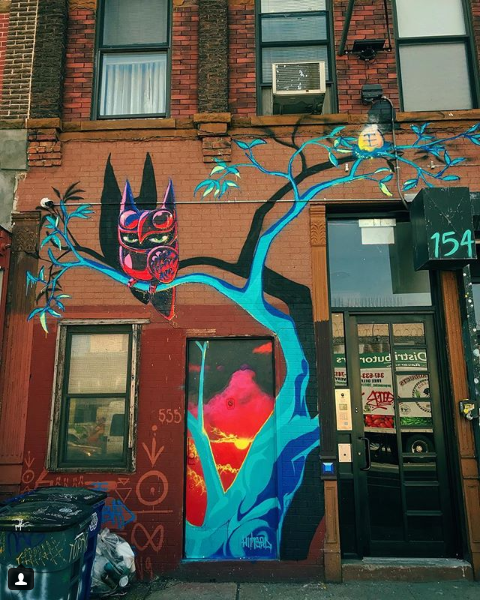 Himbad and The 9th Wave by Himbad
3rd Ethos Gallery | 154 Knickerbocker Avenue
Now–June 24
More info, free
Himbad is an elusive entity that’s created a set of mystic characters drawn from his studies in Egyptian folklore and Eastern mythology. Originally from London, he has become an internationally renowned street artist recognized for his ability to imagine creatures from the underworld and is now enjoying his first solo show. 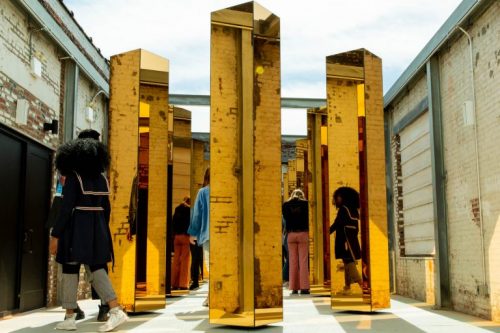 Spirit of the City is a site-specific installation by London-based United Visual Artists that explores the physical and emotional response that individuals experience when navigating urban environments. Visitors are surrounded by 9-foot high gold mirrored rotating cubes which mimic Manhattan’s (and now Greenpoint’s) high rise skyscrapers. During the day, the reflective cubes cast beams of light onto the ground and walls in an ever changing confetti of light, while at night, the cubes are illuminated. 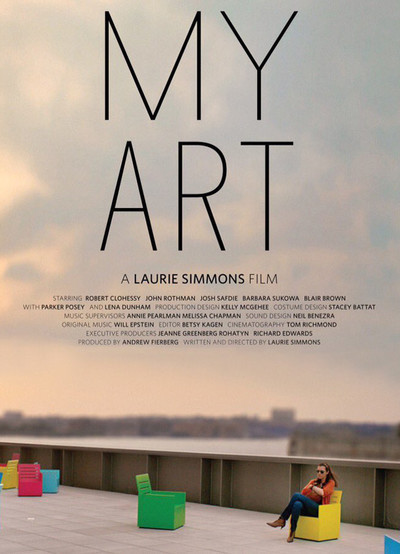 Laurie Simmons — acclaimed visual artist and mother to Lena and Grace Dunham — comes to Nitehawk with her new film, My Art, playing a single artist living in New York whose decades-old dream of a respectable place in the art world becomes more elusive. A Q&A will follow this Monday’s screening! 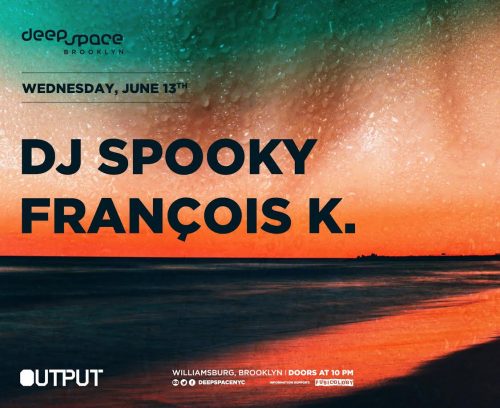 Deep Space is proud to celebrate the newest work by electronic music’s original Renaissance man DJ Spooky who reinvents dancehall into forward thinking, bass loving and highly dance-worthy summer anthems on his latest musical release, DJ Spooky Presents: Phantom Dancehall. The artist, who is credited as one of the master makers of Brooklyn’s once emerging electronic music scene, and NYC’s signature “illbient” movement, returns to his home town for a rare NYC appearance. 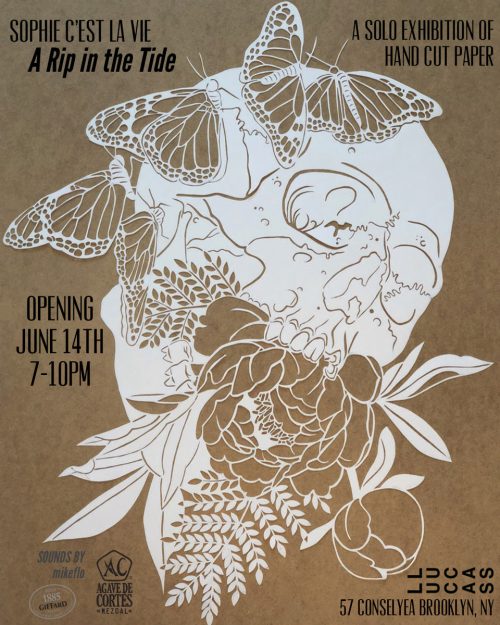 A Rip in the Tide, a solo show of hand-cut paper by Sophie C’est La Vie, will open at Lucas Lucas in Brooklyn on June 14 and will be on view through July 15. Through framed pieces of hand-cut paper as a reflection of a thought, mood or feeling at one point in time, the artist explores the collision of poise and primal response. 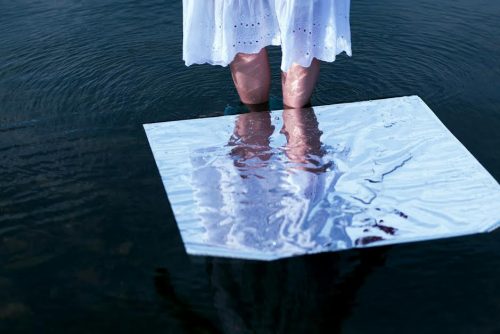 Multidisciplinary artist Mary Prescott curates and performs new works and collaborations involving music, movement, word and installation. This spring, on the 3rd Monday of each month from March to June 2018. At the brand new multi-use performance space and experimental art gallery, Areté Venue and Gallery in Greenpoint, BK.

9:15pm
Angélica Negrón
Pasajero (Passenger/Fleeting) is a collection of three ambient pop songs for voice, live electronics, vegetable synth (via the Ototo interface) and mechanical instruments built by Nick Yulman. Inspired by themes of collective and individual identity as well as the search for home, these songs combine elements of magical realism with fragile electroacoustic soundscapes crafted mostly through micro samples and found sounds. Exploring the convergence between the organic and the artificial by combining an unconventional domestic orchestra with automatic instruments that use robotic modules to play themselves, these songs seek also to highlight the sometimes- overlooked magic in the ostensibly insignificant, the mundane and the quotidian.