We’re almost in May, the homestretch before Greenpoint Open Studios — a weekend-long, Greenpoint-wide art walk all around the nabe on June 2 and 3. ‘Til then, there’s more art to view, Polish films to see, and local theater to experience. Below is your weekly roundup, neighbors!

Adam Fu, neon artist extraordinaire, has a new show that will feature 100 new unique pieces with 100% of the artist’s proceeds going to benefit 100 local and global charities supporting different causes such as gun violence prevention, children’s education, women’s rights, LBGTQ initiatives, and more. While the event is free, preorders have begun to, of course, benefit Fu’s chosen organizations. 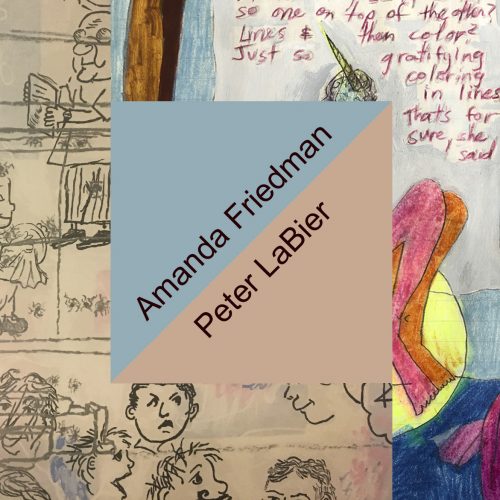 The contents of Amanda’s Friedman’s studio have been “transported to the gallery, complete with wooden storage loft, cardboard floor protection, and the scrawled notations both written and drawn that accumulate during her holistic process.” Peter LaBier “works from a trove of drawings he made between the ages of 4 and 14 years old, all of which uncover questions about hegemonic power and their effects on how we learn to perceive the world. The assumptions originally present in the drawings are re-evaluated through the process of revisiting the images as an adult.” 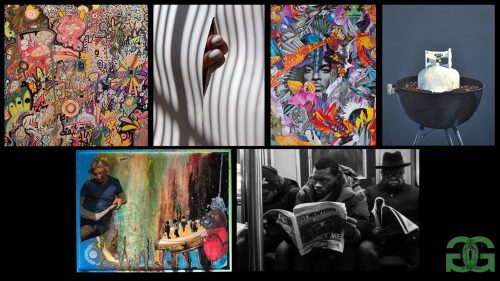 Two solo shows from Alexandra Rudin and Damon Tommolino, plus a showcase of local artists who entered the weekly salon shows and impressed the judges so much that they deserve another exhibition!

Kevin Reuning is a Brooklyn-based artist, “working at the intersection of the real and the virtual, the handmade and the computer-generated – featuring new works in mixed media, installation and video. The works on view often take as both subject matter and material the behind-the-scenes operations involved in 3D animation, incorporating elements such as the software’s pre-rendering drawings, open source visual content, and the physical components of the computer screen itself.”

This Place hosts popup figure drawing and collage events all over the ‘hood — this one includes wine and materials, hence the $40 price tag. This month, This Place is doing a pressed flower collage workshop, where freshly pressed flowers and leaves will be available to work into your pieces, along with vintage magazines (Playboy, Penthouse, Nat Geo, and more) to play with.

Japanese Butoh master, Yumiko Yoshioka, will be presenting 100 Light Years of Solitude, the second part of her trilogy 100 Flowers, for one night only on May 1 at 8 PM. Inspired by Garcia Marquez’s One Hundred Years of Solitude, Yumiko explores a state of solitude through Butoh at the company’s Muriel Schulman Theater.

The 14th annual New York Polish Film Festival this year celebrates the centennial of Poland’s independence. A shrewd detective finds a loose thread on a cold case and solves the perfect murder. A former heroin addict ends up in a triathlon instead of a morgue. And, a jazz musician living in England in the 1950s brings western pop culture behind the iron curtain when he returns home. Drama, true crime, biopics, comedy and more will round out the selections that are part of the New York Polish Film Festival, taking place May 2–6. The films, in Polish with English subtitles, showcase the enormous talent and broad diversity of voice currently emerging in Polish cinema. Two Greenpoint businesses are helping sponsor this series: Polish and Slavic Federal Credit Union and Zywiec Beer. More about the film festival can be found here!