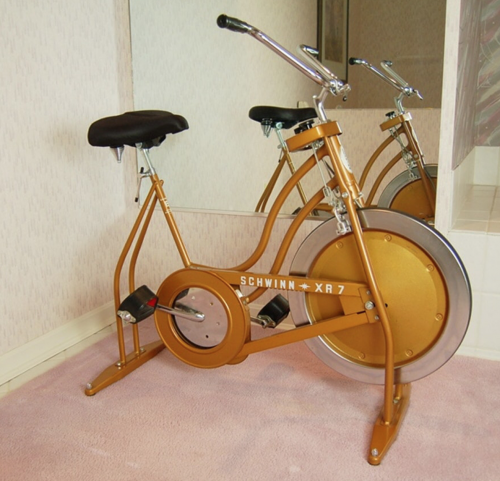 Greenpoint’s Magick City (37 Box Street) has announced they’re ending their run of vintage spin classes, and selling off the rad-as-hell vintage bikes—and purchasing one is a donation to Magick City. If you haven’t been to this super cool community space, they boast a commercial kitchen, bar and an amazing sound system, and play host to a variety of events including film supper clubs, art-themed dance parties and meditative sound baths. To buy one of the bikes, send them a message on Instagram.

My people! I’m actually very reluctant and a bit weepy to have to do this ☹️ but I’m offering the Magick City Community first dibs on my collection of #vintage #stationary #bikes, all refurbished with new pedals and toe straps and cup holders (for beer 🤩). There are multiple #Tunturi and #Schwinn and they’re all beautiful relics and legit #spinners with super heavy flywheels. They’re yours first come first served, donations to MC are welcome through link in bio, pick-up only. 😫 Unless you can convince me to start running regular vintage spin classes again, these guys gotta go! 🌈🚴🏽‍♀️💕👋Comment or message me if interested.

Outer Orbit | Saturday, May 5 | 10pm | $10 tickets
Take a TRIP to the outer limits and let gravity pull you in… Steering us clear of any black holes will be: Jalil, Rama NYC, + extra-terrestrial guests. There will be affordably priced teas, elixirs, libations as well as that divine, house-made kombucha to fuel your journey…