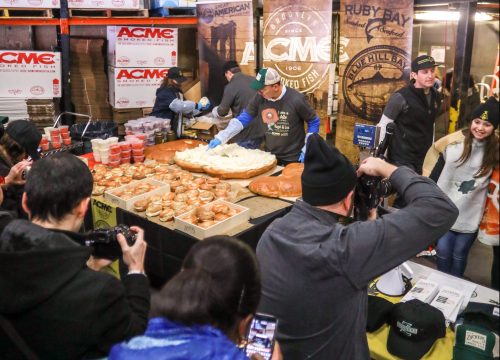 A massive crowd turned out last Friday for Acme Smoked Fish‘s Fish Friday (30 Gem St), but not for their regular low wholesale prices on their tasty lox. Acme and Zucker’s Bagels teamed up to create a Guinness World Record setting bagel—the largest bagel and lox ever created. And hungry neighbors could chow down with a free bite of the big one after the team was done weighing it for the world record and slicing it with a carpenter’s saw. The hefty bagel, topped with cream cheese, lox, capers, tomatoes and onions, clocked in at 213 pounds—unfortunately not beating the world record of nearly 800 pounds. But, a good time was had by all and our intrepid photographer Johnny Cirillo braved the crowds and took some shots of the exciting edible affair. 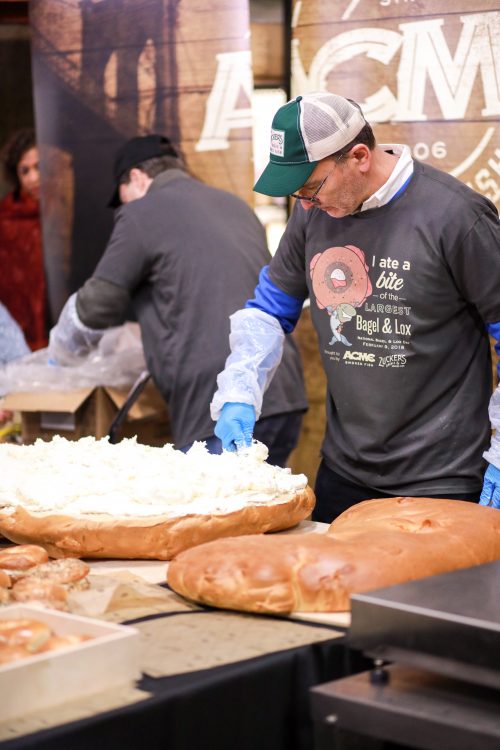 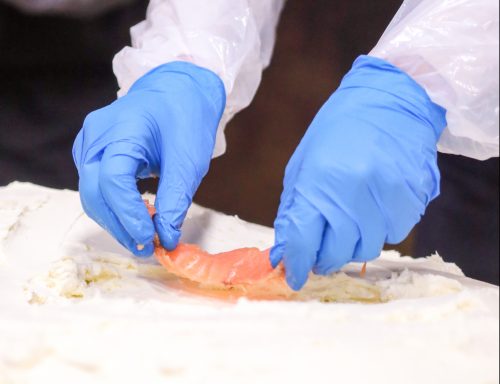 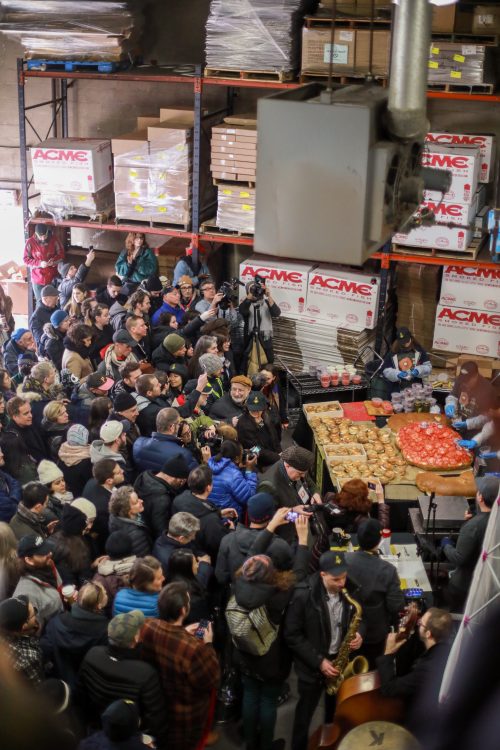 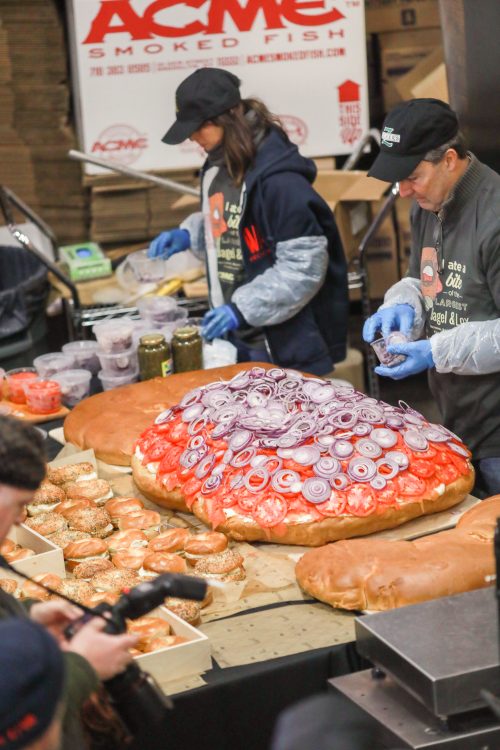