Relix Music Conference Returns to Brooklyn Bowl in May

After last year’s sold-out inaugural event, The Relix Live Music Conference is returning to Brooklyn in 2018. And this year will be twice as big, literally: this unique conference for professionals in the live music industry has expanded to two days.

Held at Brooklyn Bowl on May 8 and 9, the Relix Live Music Conference is hosted by, of course, Relix, a brand that has come to be synonymous with live music over the four decades that its various platforms and businesses engage with artists, managers, agents, publicists, venues, and festivals. 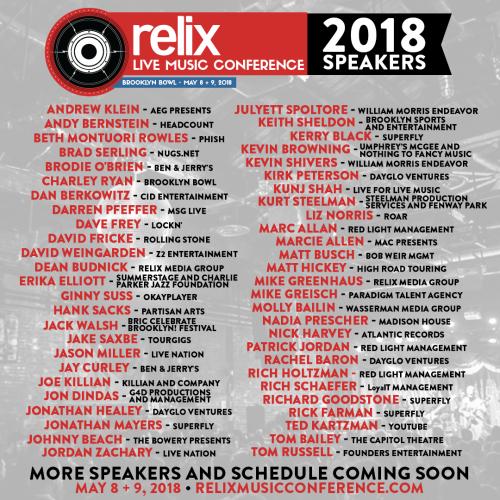 Two-Day Passes are on sale now.