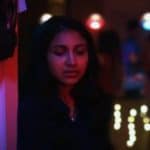 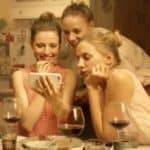 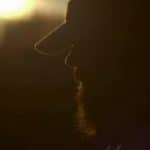 The Bushwick Film Festival is here with a mix of screenings and panel discussions built around themes like Funny People, Alt-Horror, and Breaking into Hollywood.

The festival begins tonight (10/12) with the world premiere of In Case of Emergency at House of Yes, and there’s a big blast-off party at Lot 45 on Friday.

The party at Lot 45 has no admission charge and an open invite so even though the VIP list is closed you can likely pose as an auteur director and parlay your way inside by slinging a friendly diss (or near-miss) at the doorman.

Here’s a clip from Pretty Far From Okay, playing Saturday at 10:30.

The movie is from Germany and its promotional poster features a view from North Brooklyn. According to the Germans, that’s where you need to be to achieve young angst.

For aspiring screenwriters or filmmakers, there are a number of panels that tell you how to make money, so you don’t have to keep making entire meals out of $3/lb cheese from that tiny East Village store off the L train.

To that end, the panels offer a bunch of advice from Hollywood insiders and experts on branded storytelling.

And in light of the news this week about ongoing sexual harassment and assault in Hollywood, the importance of this panel on Women in Film is never more clear.

On a less serious note, here are all the official events where you can drink for free or cheap during the festival.