One of the longtime givens of life north of Greenpoint Avenue has been that the closest real grocery store was C-Town at 935 Manhattan Avenue. Seeing as this area is about to have a population explosion, that C-Town was not going to be enough. But, thankfully, a new grocery store, Gourmet A’Fare, opened up last week in the new luxury building at 1133 Manhattan and has brought some much-needed foodstuffs to the neighborhood. 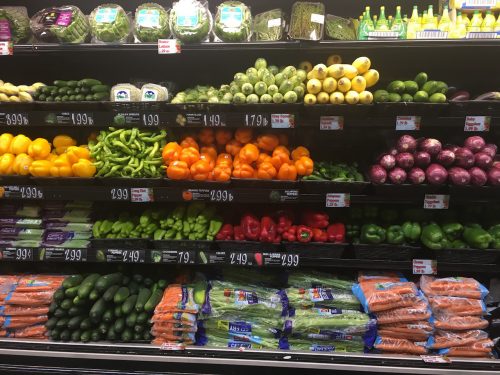 Gourmet A’Fare is a similar set-up as most grocery stores around the world and feels akin to Urban Market in Long Island City, which is run by Key Food. (Gourmet A’Fare is run by POM Group, not Key Food.) You walk in to the produce department. It’s all nicely laid out with your typical apples, oranges, peaches, and peppers. There are a few items like Dominican avocados, chayote, yuca, and plantains specifically for the area’s Latino population. There’s also a good organic selection a little further down the aisle.

In the middle aisles, the offerings are much the same as a suburban supermarket. I didn’t notice any significant amount of Latino products like at C-Town (Tajín, panela, etc) nor any Polish goods like at Associated (poppy seeds, borscht, E. Wedel chocolates). It’s also not nearly as big as the Key Food over on McGuinness Blvd, but there is a decent amount of options. 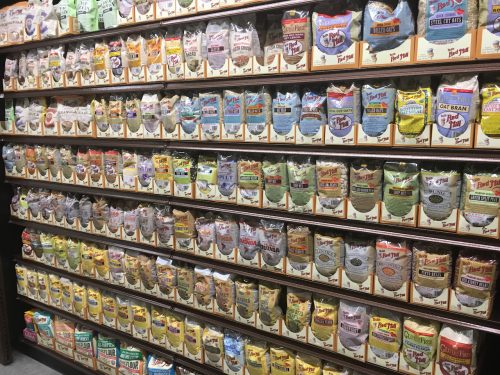 What I did notice is a lot of shelf space for products like Bob’s Red Mill. The store operators may be targeting a specific population in this part of the neighborhood, but just as long as this doesn’t convince C-Town to take my beloved Tajín off the shelves, to each his own. Sometimes you need an assortment of coffees (here) and sometimes you need an assortment of pickles (Associated). Rounding out the exterior of the store is all the refrigerated cases including a fish counter and a lot of grab-and-go prepared foods.

But, one place where C-Town, Key Food, and Associated have all made me eternally upset has been their ice cream cases. For this fact alone, Gourmet A’Fare is worth the trek to the far northern reaches of Brooklyn. The neighborhood is repped with Van Leeuwen, Odd Fellows, and Phin & Phebes, with the local producer Big Gay Ice Cream thrown in. Gods be good, my prayers have been answered!

Gourmet A’Fare is located at 1133 Manhattan Avenue, on the corner of Box Street. They are open every day, from 8 am – 10 pm.