Polish Sci-Fi Films This Friday At The Park Church Co-Op! 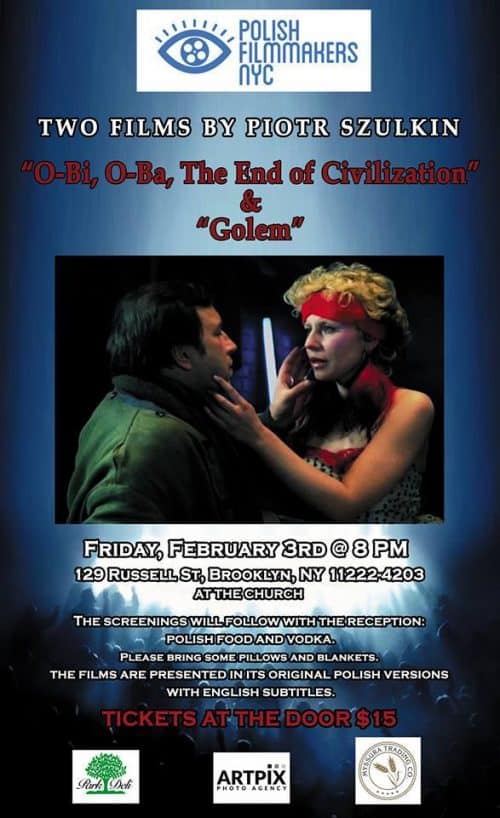 Check out some 80’s sci-fi films presented by Polish Filmmakers NYC this Friday night at the Park Church Co-Op (129 Russell St.), at 8pm—there will be Polish food and vodka! The films will be presented in Polish with English subtitles. Bring your own pillow and blanket and get cozy. Facebook invite here. Tickets are $15.

The work of director Piotr Szulkin is all but unknown outside his native Poland, yet it includes some of the strongest movies ever made by a politically-minded sci-fi visionary. Seen in retrospect, they may seem but a low-fi prelude to cinematic updates of Philip K. Dick and George Orwell made on the wealthier side of the Iron Curtain (by Terry Gilliam and Ridley Scott, especially), and yet there is a distinctive quality to Szulkin that sets him apart from just about any of his contemporaries. Working within the limited production scale his severely impoverished country had afforded him, Szulkin achieved a unity of vision that brought him close to becoming something else altogether: the best way to describe him would be, perhaps, as the undiscovered Fritz Lang of 1980s Mitteleuropa.
(via Michał Oleszczyk, RogerEbert.com)