Kurt Rambis is the new (interim) coach of the Knicks.

If you don’t understand how exciting this is to a 43-yr old GP-residing columnist, here is Kurt Rambis, ’80s/’90-ish time frame, as I remember him: 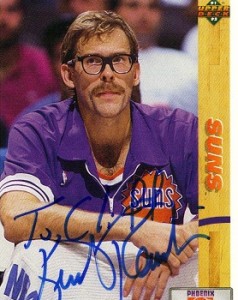 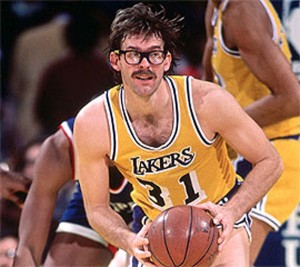 And below is the man now. 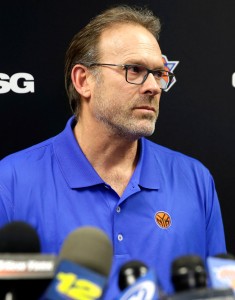 Lesson being, even though you look like an old person:

You can still get named coach of the New York Knicks, because you worked your ass off to develop an admirable amount of boring old person mission-driven wisdom, even though it was long ago that you had some serious Greenpoint style.

For 40-something Greenpointers like me, who were beautiful too, once, it is a reminder of the reward of diminished expectations. And what an appropriately romance-killing theme for our Valentine’s Day edition of the Weekend Music post.

But don’t worry, there is plenty of great music in town this weekend to cheer you up. In the spirit of romance, we are going to take you far and wide across the city. Because, surely you weren’t planning on “impressing” your date by taking her to see some “cool” underground band in Brooklyn with an audience that’s just staring at phone screens, right? That is not romantic. 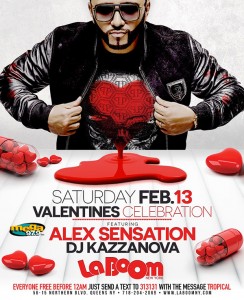 What is romantic is whisking them away on Saturday night to some crazy, huge club in Woodside (that’s in Queens, about 15 minutes away from Greenpoint by Uber) to catch DJ Alex Sensation play the latest Latin dance hits.

C’mon, you know you’ve seen posters like this in Bushwick and wondered what it would be like to go.  And you know you are in for an interesting experience when the official dress code is Grown and Sexy. I’m not kidding, they really say that! Admission is free before midnight.

If you are unwilling to venture out to Queens, Radio City Music Hall this Saturday night is featuring ’90s Merengue All-Stars like Wilfrido Vargas and Oro Solido. It’s going to be expensive, like $90 a ticket, so in case you can’t make it you can live vicariously through these videos below. And yes, the ’90s may be over, but the bands still dress and dance the same way.

If some of you are annoyed that there have been no suggestions for North Brooklyn, I’m going to continue on my Latin kick and recommend El Amor Prohibido (“Forbidden Love”), a band that plays punk versions of Latin pop songs. Here’s a good interview with them in the Voice. They play at Bushwick club Don Pedro on Saturday around 9 pm as part of a Riot Chica Anti-Valentine’s Day show.

Also in Bushwick, but on Friday night, The Prettiots play their wry folk-pop takes on dating at Alphaville. Doors open at 8 and you can get directions and tickets ($10) here. I’m guessing they will debut some tunes off their recent album release.