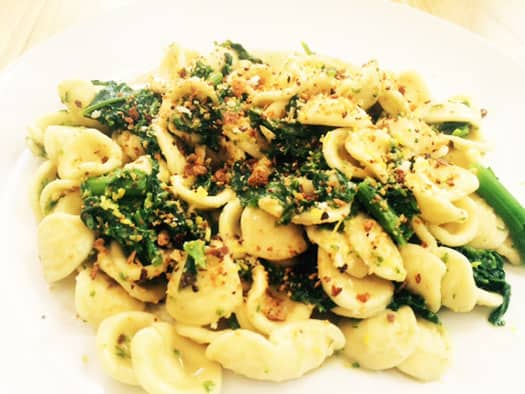 Many people have been anxiously awaiting the opening of The Naked Dog. There aren’t too many eateries on West Street, and this restaurant front has been teasing Greenpointers since the end of 2014. Many delays – permits, that sort of boring thing – prevented them from opening up until this past week. 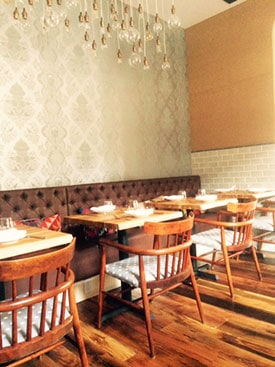 Inside, it’s cozy and lovely. The lights above the bar made me think of a sculpture, and the design inside was classy and relaxing. It’s a great spot for a date. You’d never guess that many years ago, scenes from Donnie Brasco were shot there.

The menu wasn’t large but was creative. (More so than my Italian grandmother would’ve made.) Everything is made from scratch, and there are a lot of imported ingredients. Co-owner Cecilia DiPaola of Italy (along with her partner, Akmal Muhamatkuolv) spoke highly about the need for people to get a complete experience of a nice place with good food and good service. 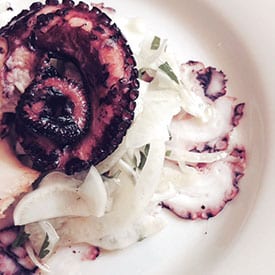 They welcomed us with warm, homemade focaccia as we browsed the menu. The wine and beer list looked quite good, but we didn’t spend much time there. The cocktails were created just for the restaurant. The interesting combinations made us pause. We started with the Herbivore (gin, green chartreuses rosemary, lemon, and cardamom) and Bitter on Bitter (Aperol, Campari, peach bitters, and prosecco), the former of which was our favorite. Next time, we’ll be trying the Hornet (tequila, elderflower liquor, lime, agave, jalapeno, cucumber, and cilantro) and the Sesame Milk Punch (toasted sesame seed infused bourbon, banana, almond milk, Aztec bitters, nutmeg). The drinks were a little strong, and some might question the flavors mixing with the food, but we really enjoyed all of the drinks. 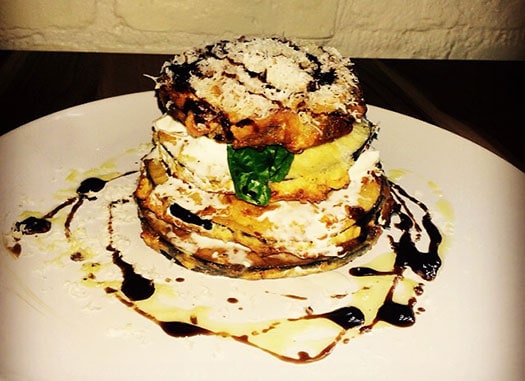 Appetizers were $12-20, which seem a little pricey, but the two we tried were spectacular. We ordered the toretta di melanzane ($14), which was fried eggplant, burrata, and reduced balsamic. My boyfriend, who claims he’s “not really eggplant person,” said it was the “the best eggplant I’ve eaten in my entire life.” He probably would’ve ordered seconds if I wasn’t there. We also tried the caponata su focaccia ($14), which was a delicious Sicilian eggplant salad, with pine nuts, peppers, currants, and homemade focaccia. 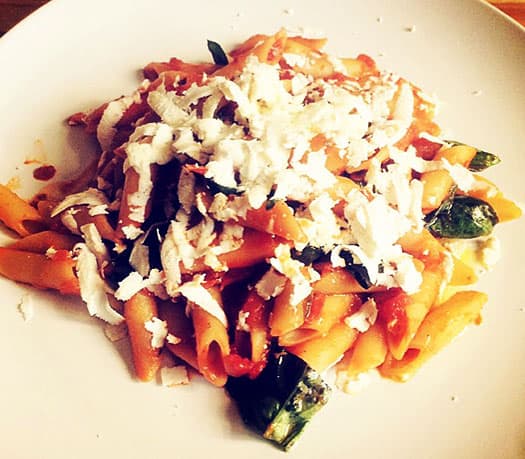 The pastas range from $13-16, and most of them are homemade pastas. We opted for the tagliatelle with wild mushrooms and an amazing thyme butter sauce, and the mostaccioli, which had a rather sweet chunky tomato sauce with shaved ricotta salata over the top. There are several other homemade pastas dishes, including a ravioli di magro (homemade beef ravioli, topped with a sage butter sauce). 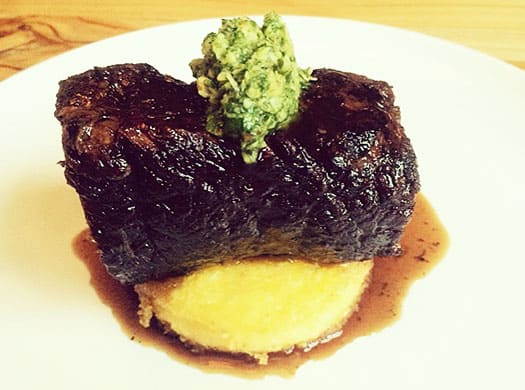 The secondis range from $23 (salmon with black lentils and rainbow Swiss chard) to $34 (black Angus rib eye with baby Yukon potatoes and carmelized onions). While the meats and fish are the star of secondis, they are paired with interesting additions, like braised fennel. 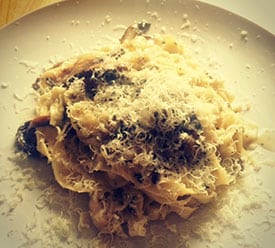 There were some great sides too. We ordered the friarielli (broccoli rabe and roasted garlic), which had none of the bitterness that broccoli rabe often has, and a nice lemon taste.

Down the line, they plan on opening for breakfast and lunch, as well as high tea, which would feature things like tea, quiche, fruit, sandwiches, cake, and soups. There will also be a side window for to-go food. Right now, they’re just open for dinner, though with their amazing cocktail menu and great wine list, one could easily see stopping by for a cocktail and sipping it at the bar.

But for now, stop by for an amazing dinner. Oh, and get the eggplant, even if you’re not an eggplant person. You’ll probably love it. 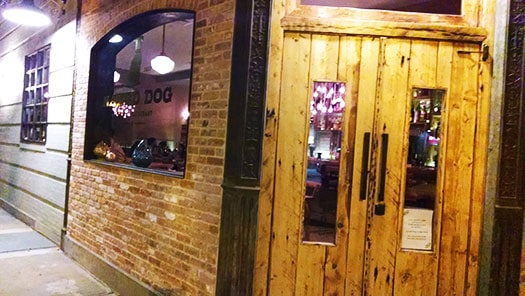