A Q&A With Greenpoint’s Post-Denominational Pastor 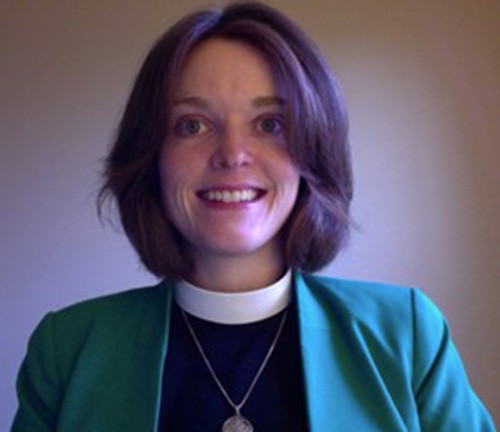 In its days as the Lutheran Church of the Messiah, the Russell Street fixture was already veering toward a looser interpretation of spirituality. It provided a haven for traditional religious services as much as it accommodated some of the more off-beat tastes of its neighbors, who helped make things like “Punk Rope” and “No Lights No Lycra” a well-known part of Greenpoint life.

Now, membership is open to anyone of any religious persuasion (including all you atheists), making Greenpoint look way ahead of Pope Francis as he graces our city today to promote tolerance and inclusivity. No longer exactly a church, but the “Park Church Co-op,” it stands as a reminder that though religion is beginning to embrace progressive ideals in a much more public way, the movement has been well underway thanks to some of the more low-profile leaders like Pastor Amy Kienzle.

Kienzle officially rebranded the church in June in a move that was largely a response to our changing demographic, even though not all members necessarily welcomed the shift. That said, the future looks bright for Kienzle and her growing community.

With this in mind, Greenpointers sat down with Pastor Amy to get the scoop about all the exciting programs her church is offering to the community these days.

This interview has been edited and condensed for clarity.

GP: You’ve been officially operating as the Park Church Co-op since June. How have the first few months since your renaming been different (or similar?)

Kienzle: Well, “Park Church Co-op” is the new name of the new ministry, which we got funding for from our larger church (Lutheran) back in June. And we had the official closing of the Messiah name on September 13. The Co-op’s ministry is building on what the former church started to do, which is opening up the building to community members. But now, we really want to solidify those relationships as partners in ministry and create a larger community among those who use the space for various things, and not just for worship — dancing, CSAs, farmer’s markets, you name it.

We still hold religious services — basically the same schedule we’ve had for a year. The first and third Sunday is a dinner service at 5:30, which has some traditional structures and settings but is around a dinner table in a more laid-back setting. And on the other Sundays (the second, fourth and fifth on months that have five Sundays), we’ve been doing an 11:00 service.

In November, we’ll be doing the 11:00 service every week again. That’ll make it a little easier to find us or know when we’re meeting.

GP: Have there been noticeable changes yet in terms of attendance?

Kienzle: Yeah, a little bit. There’s two parts to the ministry — Christian worship, and then there’s other ministries that are done by various people who are not necessarily Christian. It’s mostly Christian people, but there are new faces now. Some former members have left. What we did do at the end of August was the first worship partnership (including a sound church with sonic meditation, which was more open to people on any kind of spiritual journey). That was sort of our demo, and we hope to do that every last Sunday of the month.

GP: How would you describe the backlash and/or compare it to the resistance you received when you opened the church basement as a homeless respite shelter last winter?

Kienzle: I wouldn’t call it a backlash. It was part of the conversation that the leadership had with the church. There were only seven people when I got there, so we’re not talking about a large amount of people. They had been trying to hold it together for so long as a very small group, so for some people, the changes were just too much. They didn’t have the energy left to put into making new changes, and I think there was a bit of disappointment in the sense that they had been working so hard to preserve what they had. For the people who left, it was more that they wanted a more traditional Lutheran structure, which wasn’t going to work for the people we were trying to reach.

GP: Given that a lot of Brooklyn churches are being turned into condos, to what degree is your decision a means of survival (adapt to the shifting demographic makeup or get bought out), versus a divine call to action?

Kienzle: When I discern where God is leading the Christian community, what our purpose is in a larger mission, we have to look at what the community wants. It’s not like the old missionary work where we come in and force you to be Christian. That’s not gonna work. We look at the community and say, “Well, what’s happening here?” The fact that the demographic had shifted was because the old church had dwindled. There weren’t many Germans left. We’ve learned that we have to change, and that’s why our church gives money and resources to do these new ministries to reach the communities they’re planted in. We need the community as much or more than it needs us. I felt like we need to bid on this because it’s a strength, and people see our spaces that are open to them and their passions and interests, and we wanted it to be an affordable gathering place for our neighbors. That’s what God is calling us to do: to be open to our neighbors and to love them. My sense of duty comes from looking at the people. And that’s part of my own particular sense of call. I didn’t grow up in the church, so I’m sympathetic to people who have questions and want a place to explore them. I want it to be a place where people can say “I’m not Christian but I’m curious,” or “I’m on a spiritual journey and I want a place to work that out.”

GP: That’s a lot of change in a short amount of time, but is there anything else that’s new and exciting on the horizon?

Kienzle: Right now we have new partners that joined. The preschool co-op and the Brooklyn Children’s Theatre will be starting once a week. So we’re looking forward to family ministry gatherings, and there’s a young woman starting a music program. There’s the Harvest Festival on November 7th, as well as some Christmas offerings. There’s going to be a music recital to raise money for a music program for low-income families that can’t afford music lessons. And sometime in the spring, I’m hoping to have a launch party with worship and community events to say, “Now, we’re officially opened and formed.”

For more information about the Park Church Co-op, please visit their website for details regarding programs and services.