Olek Crochets the Jan Karski Bench at the Polish Consulate

Polish crochet artist Olek—known for dressing the iconic Charging Bull of Wall Street and ‘yarn bombing’ everything from the Cube in Astor Place to a locomotive in Łódź to a minotaur in Switzerland—has just completed her latest work, crocheting a ‘new skin’ for the statue of Jan Karski and his bench located in front of the General Consulate of the Republic of Poland in New York (233 Madison Avenue).

“As an artist, I have made it my duty and mission to draw attention to various issues around the world that are crucial to me: humanitarian causes, women’s rights, sexual equality, [and] freedom of expression,” Olek explained in a press release. “My general practice is to highlight everyday objects and give them new and profound meanings by dressing them in colorful, intricate crochet.”

The project is intended to honor the memory of the Polish hero on the fifteenth anniversary of his death this month, and Olek spent most of last week crocheting madly to get the work done.

“With every piece I create, I aim to display my solidarity with those who are oppressed worldwide. My art tends to trigger dialogue, as well as to encourage a deeper awareness of people’s everyday struggles,” Olek said. “The broad appeal of my work invariably sparks a second thought, even awe, by being accessible and playful.”

At the start the second World War, Jan Karski was a young diplomat who became a member of the Polish Underground. He witnessed the horrors of the Holocaust first-hand and risked his life to create reports about the destruction of the Warsaw Ghetto and the secretive German-Nazi extermination camps. The reports were then shown to the leaders of the United Kingdom and the United States, as well as to politicians, bishops, artists, and representatives of the media and the film industry in Hollywood, among others, asking for help for occupied Poland. 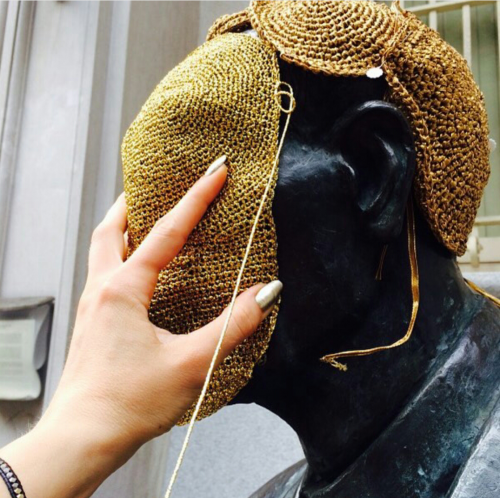 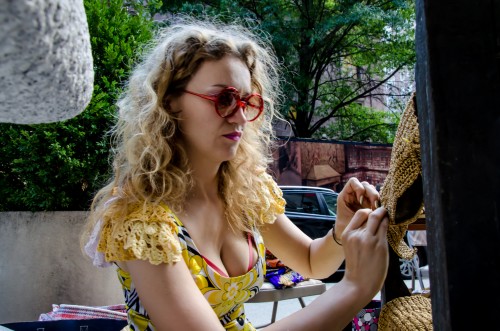 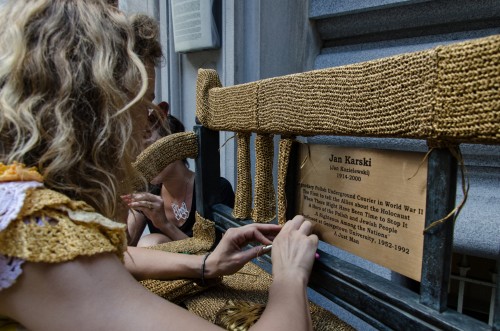 At the time, Karski’s reports were roundly dismissed as propaganda for the Polish government-in-exile and almost wholly disregarded. So, Karski took matters into his own hands, wrote a book titled, Story of a Secret State, and had it published in Boston in 1944. The book became an instant best-seller and created an outcry among the American public, some of whom were finally learning about the on-going, mass extermination of the Jews and the suffering of the Poles for the first time. Karski managed to survive the war despite many threats to his life, and later became a professor at Georgetown University.

“A decade before Professor Karski began his remarkable tenure at Georgetown’s School of Foreign Service,” said President Bill Clinton, “he was already teaching by the power of example—with lessons of heroism, resilience, and uncompromising leadership. All freedom-seeking people around the world should know Karski’s story.”

Karski is also included in the Yad Vashem’s The Righteous Among The Nations, which writes of the help that the Jews received from bystanders during the second World War:

There were different degrees of help: some people gave food to Jews, thrusting an apple into their pocket or leaving food where they would pass on their way to work. Others directed Jews to people who could help them; some sheltered Jews for one night and told them they would have to leave in the morning. Only few assumed the entire responsibility for the Jews’ survival. It is mostly the last group that qualifies for the title of the Righteous Among the Nations. 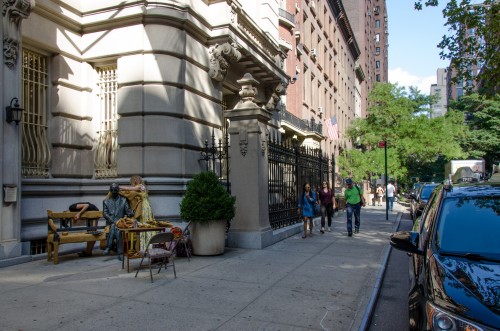 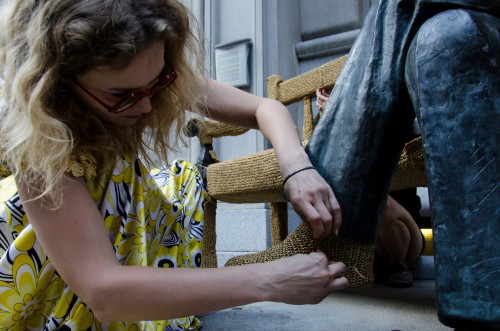 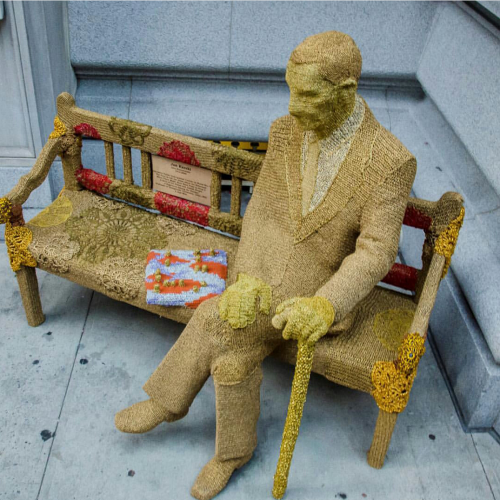 Since completing the project Thursday evening, Olek has also been posting details about Karski’s life on her Instagram account (@OlekNYC). “Karski’s name should remain known in our time and age,” she wrote today. “This is the reason why I encourage you to take a photo with Jan Karski on his bench and upload it to social media with the hashtags #KarskiNYC #rememberhisname #PolishHero #JewishHero.”

Last year, Greenpointers caught up with Olek at local favorite Lomzynianka restaurant to learn more about her work, her inspiration, and how she believes “positive thinking is the only power one has against society.”