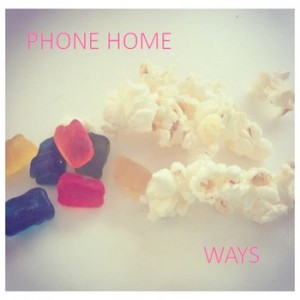 If you missed our showcase last Saturday, which we presented with Pancakes and Whiskey and BuzzChips, you missed out. It was a great time with great music. Adios Ghost, Youngman Grand, Folding Legs, and Canon Logic all played excellent sets to a packed house. We’ll definitely throw more shows, but if you are really itching for some live music, here are some ideas for tonight. Plus, we have a fun music video from a neighborhood resident.

Let’s start with a show at Cameo Gallery (93 N. 6th St), where our wonderful show was held. If you go there tonight, you can see the trans-Atlantic creative partnership known as Take Berlin, a duo of Brooklyn-based guitarist Jesse Barnes (not a Greenpoint resident, but he loves Mexcian diner Acapulco) and Berlin-based singer Yvonne Ambree. They released the Lionize EP last month, six songs of understated, dreamy pop which I found are only enhanced by the deep winter. Take Berlin plays along with Lazer Cake, Lip Talk, and Johanna Samuels. The show starts at 8:00 PM and tickets are $8 adv/$10 dos. Buy here. Check out their track “Sebastian.”

Or, you can venture over to Radio Bushwick (22 Wyckoff Ave) for a show with a pretty stacked lineup that includes Gondola, What Model Citizens, Happy Lives, and Phone Home. The latter is a Brooklyn band (again, not Greenpoint-based, but member Michael went his first date with his current fiance at Manhattan Inn) that just released an EP last month called Ways. The are instrumental and blend different elements into engrossing sonic textures. You can see them and all those other bands starting at 8:00 PM for $5. More info here. Check out their track “Girl Don’t Fight It.”

Finally, we have a very cool music video to share from local musician (and actor) Aaron David Gleason for his song “Be Kind to Her,” a delightful and catchy number with a strong groove and some sly playfulness. The video impressively incorporates split screen, tracing dual concurrent yet altered narratives, with bits of fun interplay between them. Part of it was shot in Greenpoint, making it even cooler. Be sure to check out more of Aaron’s work at his website.