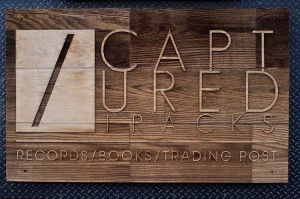 Around six months ago I saw diamond plate going up on a renovated wall at 195 Calyer street, just east of Manhattan avenue. I wrote it off at the time as simply the ugliest siding I had yet seen in a neighborhood that knows its ugly siding.

Katie Garcia, general manager at Captured Tracks records, swears that while their wooden sign may hang over it the label had nothing to do with the diamond plate. Seeing the shop and offices a few steps below it – a bit more tasteful on the whole – I’m inclined to believe her.

The more musically aware among us may know that Greenpoint is host to a thriving community of smaller music labels, among which Captured Tracks has existed for about five years now. Katie, in telling the story of how label owner Mike Sniper made his transition from working at Academy Records to operating CT out of warehouse space behind Co-op 87 with Mexican Summer to running an independently thriving business, certainly makes it sound like the rising tide of local music, along with the vinyl resurgence, has lifted all boats. The stories of the people and labels working to bring us some of the best new music lately are tightly intertwined, and successful on the whole. 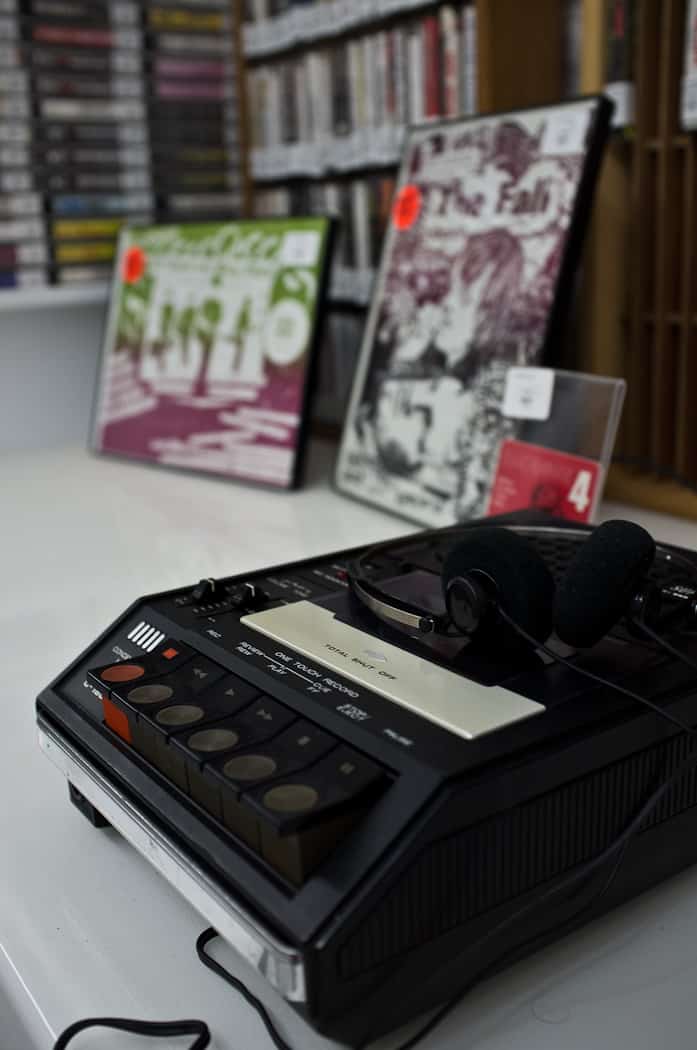 a retail shop that, unsurprisingly, tightly represents the priorities and individual tastes of the people running it. In addition to a very modestly-priced, well-organized selection of used and new records and a great cassette listening section, CT’s shop offers its own catalog: Their primary artists represent a wide variety of genres, from the synth-heavy, electronic Soft Metals to the guitar-driven, pop-inspired Alex Calder. The life of the label is their willingness to take a chance on untested artists, putting interesting songwriting ahead of production quality in their assessment of incoming demos. As a fascinating side project, they also unearth and re-release shoegaze albums – since the genre came about in the mid 1990s at the zenith of the CD, they’re putting much of this music on vinyl for the first time. A strong following has formed around them as the resurrectionists of shoegaze, and this coming year will see rereleases from Alison’s Halo, Blueshift Signal, and the rare Israeli group Plastic Venus.

When not spending whole days listening to demo tapes or trawling through estate sales, the staff of Captured Tracks -largely comprised of Greenpoint residents- mange et boit at Le Gamin on Franklin, going so far as having them cater Katie’s upcoming wedding. I think it’s a good extension of the comfortable, secure feeling of the label and store itself that, when asked for their favorite place to go out in the neighborhood, the answer was the relaxed, all-hours French bistro rather than a loud bar. 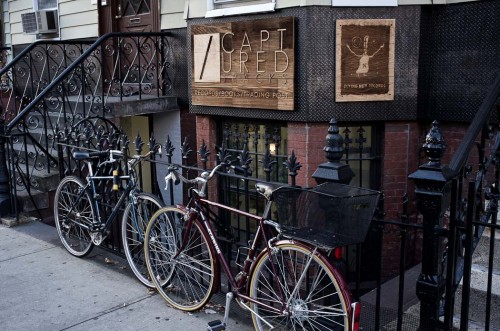