A September 21st Press Release from Assemblyman Joseph R. Lentol’s office announced that NYPD Commissioner James O’Neill has equipped the 94th Precinct with additional resources. Following the deadly stabbing of George Carroll in August, and the proliferation of hateful symbolism in McGolrick Park throughout the summer, the department has granted the 94th six new officers (with seven more on the way in December), and upgraded surveillance cameras around McGolrick Park. Now, it seems that the 94th Precinct must contend with an unforeseen adversary: LinkNYC Kiosks.  END_OF_DOCUMENT_TOKEN_TO_BE_REPLACED

Food lovers of Greenpoint! Only three weeks in and 2014 is already looking to be the year of the eatery. A whole host of new cafes and restaurants are popping up on our fine, frosty streets and whilst some are still hanging their awnings and smoothing down the plasterwork, others have already flung open their doors to beckon us in. END_OF_DOCUMENT_TOKEN_TO_BE_REPLACED 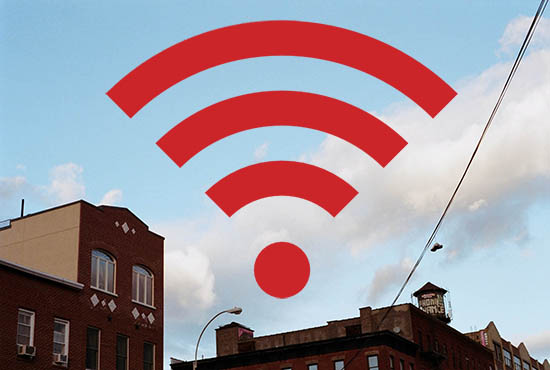 On Thursday night, I had an eight minute subway conversation with a flamboyant man in a black ribbed turtle neck about his lack of decent smartphone service. I had my iPhone out and was typing an email. “I can’t believe you are doing that right now. Everywhere I go is a dead zone.” If this disgruntled stranger traversed across the river to visit our lovely neighborhood of Greenpoint, he would come to see that dead zones are just fun zones in disguise. I know better because I live here and have realized that during these momentary suspensions of 3G status, I am being afforded the rare treat of viewing Greenpoint’s residential WiFi signals.