There’s been a whole lot of comings and goings amongst Greenpoint’s bars and restaurants recently.  Here’s a round-up of a few changes that are on our radar…

Brooklyn Barge Bar  (3 Milton Street) – This novelty floating bar has been a long time in the making and it’s looking like they’ll miss the boat with the summer crowd if they don’t get things going soon. Time Out are throwing a ‘first look’ party  ($25 for unlimited beer and oysters) on the barge on August 26th, so it’s quite likely that this will be their opening night. Let’s hope they don’t have to cancel like they did with their 4th July celebrations. But, if they do, at least it means that Transmitter Park will stay a haven of tranquillity for a little longer.

Brooklyn Label (180 Franklin Street) – A sign in the window of this popular brunch spot says ‘closed for renovation’, along with a request to renew their sidewalk liquor license. However, it’s just been confirmed by the owners that the business is actually being sold and will be re-opening as something different in due course.  END_OF_DOCUMENT_TOKEN_TO_BE_REPLACED 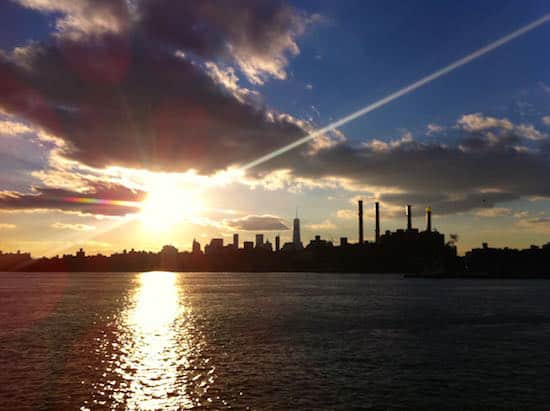 Waiting on the liquor license has held up the opening process a little, but Will tells us that they are currently hoping to be up and running by the end of June. END_OF_DOCUMENT_TOKEN_TO_BE_REPLACED

It’s true that spring still feels a long way off. But the announcement of a forthcoming seasonal drinking spot is a nice reminder that this seemingly invincible frozen snow isn’t going to last forever.

A floating bar is set to open on the Greenpoint waterfront in the form of a barge moored at 91 West Street, just by Transmitter Park.

Brooklyn Barge Bar is being pioneered by a chap named Will Drawbridge (yup…real name) who, pending a liquor license, plans to be serving food and drinks on his stationary barge from as early as May 1st. END_OF_DOCUMENT_TOKEN_TO_BE_REPLACED