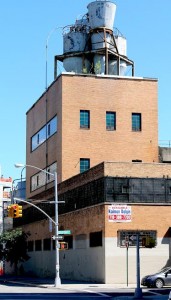 END_OF_DOCUMENT_TOKEN_TO_BE_REPLACED

It reveals the former locations and quantities of reactive chemicals — the kind that explode when they make contact with water, such as cyanide. In many cases, they’re shockingly close to residential buildings in Brooklyn’s priciest real estate drag. From speaking with a NAG member at the map release event, I also found that the “Hazardous Neighbors” study contains information that’s not available in the ToxiCity Map. END_OF_DOCUMENT_TOKEN_TO_BE_REPLACED 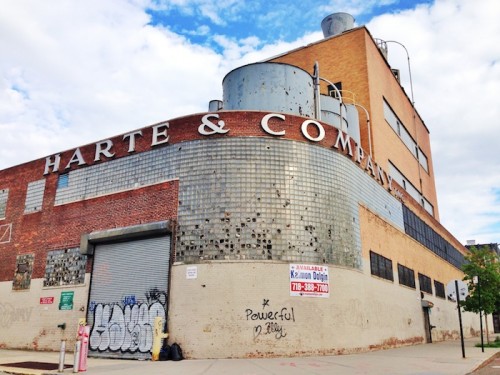 Since last Thursday’s meeting, many of you have written me personally expressing concerns about Nuhart’s status and what it means for the hood when a Superfund cleans up its act and turns into an “affordable luxury condo building”.  Sadly, what is happening at Nuhart is not an April Fool’s joke.

Well, I have good and bad news to report about our darling little Superfund.  I suggest we bust out our hazmat suits and get suited up. I’m going to take us into the trenches and talk about toxic plumes.

Yes, you read that correctly. There are TWO plumes at Nuhart, not one.

Got your suit zipped and your mask on tight? Alright Greenpointers, let’s get dirty and talk toxins. END_OF_DOCUMENT_TOKEN_TO_BE_REPLACED

There are two enormous spills beneath the northeastern-most pocket of Greenpoint: the Greenpoint Oil Spill, and the Meeker Avenue Plumes. Exxon Mobile has been working on the cleanup of the spill since 1991, with a seemingly endless patience.

The plumes are the accumulation of chlorinated solvents – tetrachloroethylene (PCE) and trichloroethylene (TCE) – which are used in dry-cleaning and cleaning metals. These solvents were spilled or dumped into the ground of Greenpoint for many years, the biggest historical offenders including Acme Architectural Products, Spic and Span Cleaners and Klink Cosmo Cleaners.

Last week the EPA released a report stating that TCE is a ‘carcinogen to humans.’ As explained by those who read more EPA literature than I, the big deal is that the last time the EPA said much of anything about TCE was in 1987, when they stated that TCE was a ‘probable’ carcinogen. In addition, it also is a ‘human noncancer health hazard.’ Double yikes.

Paul Anastas, of the EPA, promoted the findings as ‘an important first step, providing valuable information to the state, local and federal agencies responsible for the health of the American people.’

‘TCE’s movement from contaminated ground water and soil, into the indoor air of overlying buildings, is of serious concern,’ the EPA stated.

According to the EPA, there are 761 Superfund sites nationwide that are contaminated with TCE.

Many people in Greenpoint have had the NY State Department of Environmental Conservation (DEC) come by to install vents that trap and release these vapors into the outside air, instead of allowing them to move around inside a house. Many have not.

Dangerous vapors can intrude a home without being seen or smelled by residents. Greenpointers interested in having their homes tested for vapor intrustion can contact the DEC.

A vapor intrusion mitigation system, on the back of an apartment house on Kingland & Nassau.