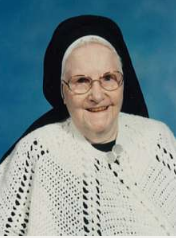 In 1977, a plume appeared in Newtown Creek, the first evidence of a 15 million gallon oil slick that poisoned the surrounding earth. That same year Sister Francis, learning from a city bus driver about the spill, began to make inquiries among local residents. Discovering that almost everyone had a story about the black mayonnaise that oozed in Newtown Creek, she also learned about the spiking local cancer rate. She recalled that toxic fumes stained people’s clothes drying on the line outside and that it gave them headaches and made their children agitated, but locals simply lived with these dangers, but she was determined to take action. END_OF_DOCUMENT_TOKEN_TO_BE_REPLACED

A History of Greenpoint in 25 Buildings: St. Anthony of Padua Church

For many Greenpointers there is no more iconic local image than the façade of St. Anthony of Padua church on Manhattan Avenue at Milton Street. The 240-foot-high church steeple is a landmark and the church is angled in so that it commands a sweeping vista of Milton Street. It is one of the most elegant churches in all of Brooklyn, and was built by one of the most prolific church architects in American history, Patrick Keely of Ireland, who designed at least six hundred other churches around North America—but few with the simple elegance of St. Anthony. Many say that the church on Manhattan Avenue is, in fact, his finest creation.
The Manhattan Avenue structure is not the first St. Anthony of Padua. The original church was built on India Street in 1858, but it proved too small for the mushrooming Catholic population and the famous Bishop Loughlin sought to buy a site to construct a much larger church. In 1865 Samuel Tilden sold five lots along Manhattan Avenue to the Catholic Church, generously charging the church for only one lot, even though Tilden was not a Catholic. The church acquired more land on Leonard Street in 1873 and in the same year the cornerstone was laid. END_OF_DOCUMENT_TOKEN_TO_BE_REPLACED

A few weeks ago the bells of St. Anthony’s stopped ringing. Turns out they’re broken beyond repair and the estimate to fix them is at least $10k. The church’s annual raffle is going to be dedicated solely to raising funds for the repairs, but in order to help reach further into the community and to Greenpointers far and wide, a ChipIn site has been set up.

So many churches and catholic schools in the area have gone under over the years, St. Anthony’s bells chiming on the hour shouldn’t go, too. Dig in to your pocket and chip in a few bucks towards the repairs and towards bringing a little old school Greenpoint back.