Free Film Screening! Kosciuszko: A Man Before His Time 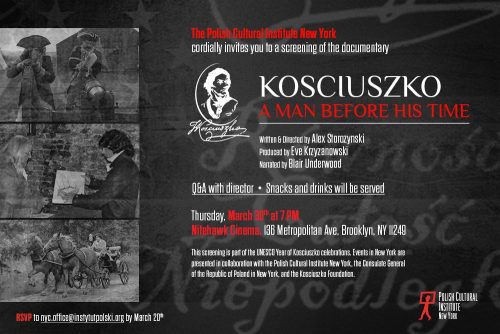 Tomorrow night (March 30th) The Polish Cultural Institute is screening a documentary about Thaddeus Kosciuszko at 7 pm at Nitehawk Cinema (136 Metropolitan Avenue). There’ll be a Q&A session with the director, and free snacks and drinks. Tickets are free, but only a few seats are still available. RSVP t0 – [email protected] 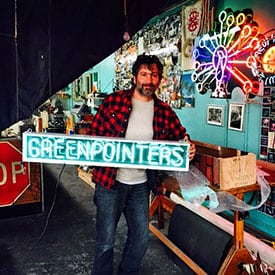 The Greenpointers neon sign is an artifact of “Gasper & Son” and is the symbolic torch that was passed down when Jen sold Greenpointers – rooted in inspiration with a deep respect for creativity and artistry that serves the local community. It makes an appearance in all of the Greenpointers events and will light up our bar again at the upcoming Summer Market. END_OF_DOCUMENT_TOKEN_TO_BE_REPLACED 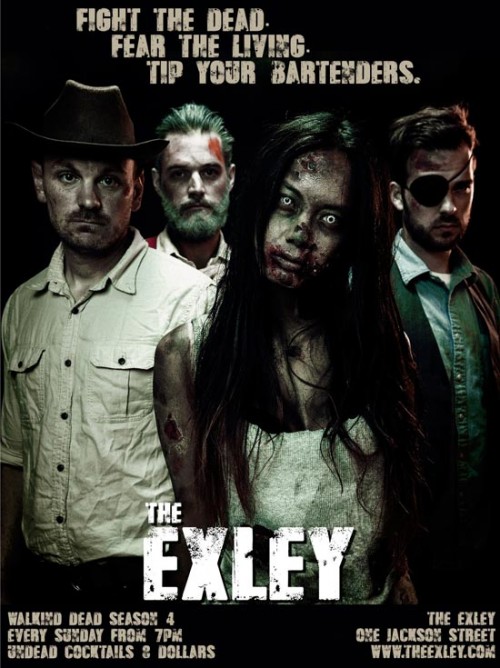 Free BBQ starting at 7pm. Blue Cocktails 8 dollars. Try the Saul
Goodman Old Fashioned, he does it for the homies.

Showtime at 9pm. Music before and after by O Paradiso.

Lead up to showtime involves a round-robin cornhole tournament and
with any luck, an RV parked out front.

Who cares about the Goonies? Let’s Talk Food at Summerscreen – Tonight (7/31)

I know, I know – Cory Feldman in the 80s… but I am more interested in the food options at tonight’s Summerscreen at McCarren Park! Bring a chair and a bib.

Handsome Hanks has my kind of menu – everything and anything is fried – except the cole slaw. Fried fish, fried crab, fried shrimp. You’re going to get some kind of seafood and I can guarantee it’s going to be fried. And if that’s not enough fried – they have french fries. Hallelujah!

It’s no surprise that Landhaus’ favorite Goonies character is Chunk – they serve Grilled Maple Bacon Sticks, which were voted best Bacon in NYC by Village Voice. Quite an honor. They will also be flipping grass-fed Cheeseburgers and Lamb Burgers (with some pork back fat on it) – and of course their signature Fresh Mint Lemonade.

No surprises here but Pizza Moto and beer and a movie from when you were four makes for a great Wednesday night.

Representing Greenpoint Selamat Pagi will be focusing on their Bali Style Wings, plus vegan Lawar Salad of long beans, lime and coconut, Beef Rendang, which is spicy beef curry with pickles and rice and a Tamarind Fizz drink.

Plus you can wash all the deliciousness down with Sixpoint Brewery and City Winery. 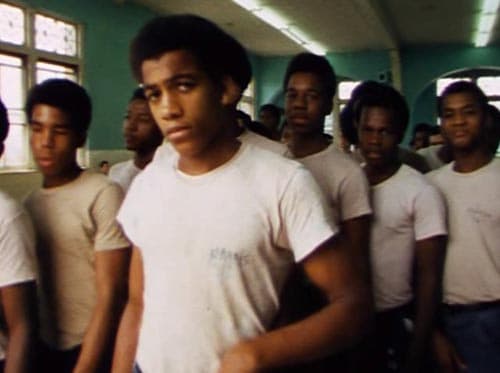 A tour de force of dialectical editing, Johan van der Keuken’s The White Castle forms the middle segment of his “North-South Triptych” of documentaries. In this chapter, van der Keuken trains his camera on three different locales: the Spanish island of Formentara, a rural enclave in the process of becoming a tourist destination; African-American neighborhoods of Columbus, Ohio, where younger generations are facing poverty by embracing new forms of political organizing; and two factories in The Netherlands, one of which becomes occupied by its workers. While these three sites at first seem disparate, and their inhabitants isolated from one another, van der Keuken reveals connections among them through a complex rhyming and repetition of images. 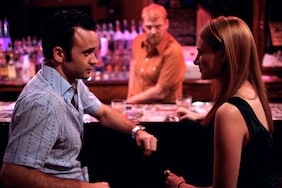 You unfriended him on facebook, changed your phone number, moved to a new apartment and he still doesn’t get it. Unrequited love is a hard pill to swallow. It’s only stalking when you don’t want him to show up on your doorstep with roses or surprise you when you’re out with your friends. But all that does sound romantic in a different light, doesn’t it?

Maybe you have been the stalker and didn’t know it until you were sitting outside of his house in your car watching him leave for work, and it just hits you, “I’m the stalker!” END_OF_DOCUMENT_TOKEN_TO_BE_REPLACED

The 2nd Annual Greenpoint Film Festival begins this Thursday September 20, 2012 (186 Huron St) with a 6pm Opening Reception, a 7pm screening of Judy Lieff’s Deaf Jam, a look into the world of American Sign Language (ASL) Slam Poetry, followed by a Q&A with the director and an after party.

Aside from a full program, there is a Community Program on Saturday at 12pm that features The Domino Effect, a politically charged investigative documentary about the controversial plan to transform the Domino Sugar factory that includes conversations with longtime residents to reveal the impact gentrification has had on the community of North Brooklyn.

More screenings that hit home during the Environmental Program on Saturday at 2pm (329 Greenpoint Ave) include Leitner’s Newtown Creek Digester Eggs: The Art of Human Waste, followed by Newtown, in which director Choi exposes the history and realities behind the Greenpoint Oil Spill.

Which screenings will you be attending during the Greenpoint Film Festival? 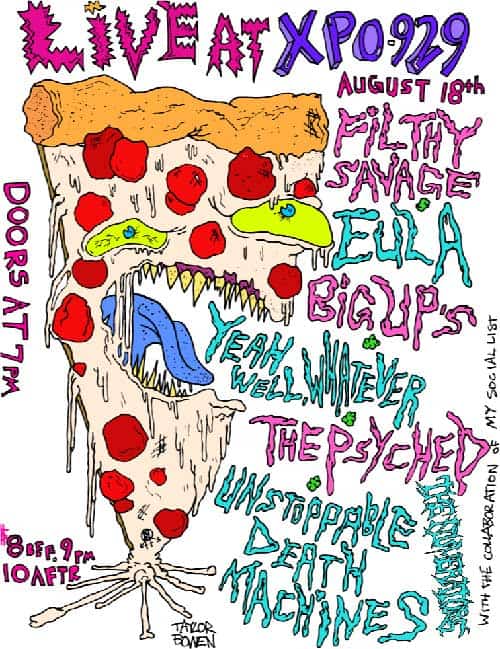 TUESDAY 8/21
• Watercolor on Prepared Paper Workshop @ [email protected] (2 Kingsland Ave) 6:30-9:30pm, this workshop allows the artist to experiment with watercolor while being able to get the white of the paper back by simply wiping it away!
• Drink to Linc! – Party for Lincoln Restler’s Reelection @ Bellweather (594 Union Ave) 7pm, Lincoln is facing an exceptionally tough reelection race as State Committeeman / District Leader for Greenpoint, Williamsburg, and Fort Greene. Vito Lopez and the Brooklyn Democratic Machine are doing everything they can to defeat Lincoln on September 13, 2012. RSVP

On My Block Film Challenge 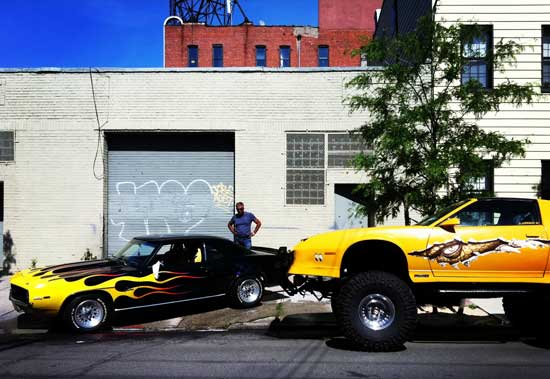 When you walk down your block in Greenpoint do you run into a ton of interesting characters that would be great on film? I can think of a few off the top of my head. I live on Kingsland Ave, the block where the giant yellow monster truck is chained to a pole along with a flaming corvette. I could imagine the old chain smoking Polish lady and Mrs. Garcia, the badass Puerto Rican Grandma who I’m certain carries a knife, enlisting the crew at Vinnie’s Pizzeria to break the chains and hot wire the vehicles so the two can take joyrides to Rockaway Beach, Thelma & Louise style, and maybe pick up a few bearded hipster boy toys on the way. I’d watch that!

Now is your chance to celebrate all of those endearing, funny, outrageous or perhaps crazy people and get to know them a little better. On My Block Films, who goals it “to capture a wide spectrum of blocks throughout the five boroughs … to create a sense of belonging within a community,” is presenting On My Block: A Neighborhood Filmmaking Challenge in order “to create stronger communities in New York City through the collaborative filmmaking process.” And what a cast a bunch of Greenpointers would make!

Here is the deal: Beginning August 1, all eligible films will be posted and screened online from the time they are finished until November 1, 2012. The public will be able to vote on a film by liking it on Vimeo. The 30 films with the most Vimeo likes will move on to be judged by the Judging Panel the first week of November. The top-scoring 15 films will be screened at a physical outdoor festival in November. Awards will be presented to Best Narrative Film, Best Documentary Film and Best In Show.