END_OF_DOCUMENT_TOKEN_TO_BE_REPLACED

If you have not heard of rapper, former chef and Viceland host Action Bronson’s low culture cult following, you may soon be aware of his larger-than-life presence. Born in Queens and reportedly living in North Brooklyn, he has become an icon somewhat for his brazen rap stylings, but is probably more acclaimed for his self-proclaimed lyrical adoration of the pre-packaged foods most of us grew up with—chicken tenders, Starburst, Steak-umms; and his more complex and grown-up gourmet tastes—steak that’s aged for over 20 days, lamb that’s been roasted over 7 hours, stuffing filled with truffles and pears. As a chubby, foul-mouthed yet lovable character, he appeals to many: the shameless (those who would happily chow down on dirty water hotdogs), the detail-oriented (people who would source the best ingredients to create a very simple meal) and the fun-food-havers (regular people at a backyard BBQ where the smoker’s been going for hours, where homemade food and booze is abundant and anything goes). END_OF_DOCUMENT_TOKEN_TO_BE_REPLACED

This past Monday, June 23rd, a massive line assembled in the middle of the day, coiling around a seemingly abandoned warehouse by the water on North 3rd Street in Williamsburg—a crowd so colorful, stylish, and vociferous that bystanders couldn’t help but take photos and ask what was going on, to which they were answered with too-cool indifference. END_OF_DOCUMENT_TOKEN_TO_BE_REPLACED 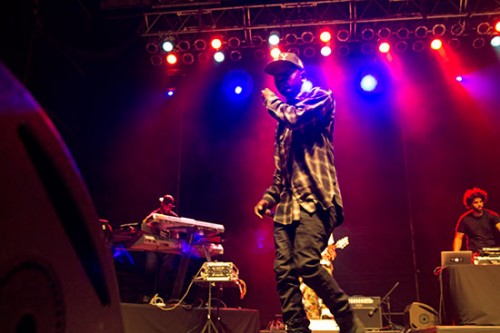 “I don’t want it to be gangster. It’s where I live” – Greenpoint Rapper Can’t Stop Atson

You’ve had this conversation before: a friend describes someone from Greenpoint, “a young white dude, covered in tattoos,” but that’s every guy in Greenpoint and needs some elaboration. She continues with “beard, rides a bike,” and you’re still stumped.

The Greenpointer I am describing is 18 year old Derek Atson, an enthusiastic and friendly young guy who was born and raised on Monitor St. He proudly shows off his huge chest tattoos of the old Greenpoint tanks and the G-train. And he raps about the neighborhood he loves.

His stage name is Can’t Stop Atson and he recently won a Def Jam Showcase, an esteemed accomplishment for any budding MC. END_OF_DOCUMENT_TOKEN_TO_BE_REPLACED 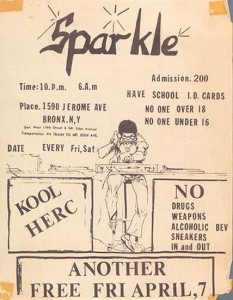 The most intriguing thing about hip hop music is that for at least the first 3 years of it’s existence, it was not professionally recorded.  Unlike any other genre of music created since recorded music became a commodity, in the very early days of it’s existence, there are no known surviving recordings of hip hop. That is because during the formative years of hip hop you needed to go to a party to hear it spun by a DJ.