Tomorrow night (Tues, 9/19) at Film Noir Cinema (122 Meserole Ave), the Miskatonic Institute of Horror Studies presents NYC-based author, performer and miscreant Grady Hendrix, who will chat about his latest book, Paperbacks From Hell: The Twisted History of ’70s and ’80s Horror Fiction, followed by a panel discussion with the talented artists behind some of the most disturbing horror novel covers of all time. After trolling the shelves of secondhand shops and used bookstores, Grady was inspired to pen a detailed history of horror fiction’s big boom in the late ’70s and early-to-mid ’80s. Three big-hit books kicked off the popular category: Rosemary’s Baby, The Exorcist and The Other. Prior to that, “Horror was not a genre,” says Grady. 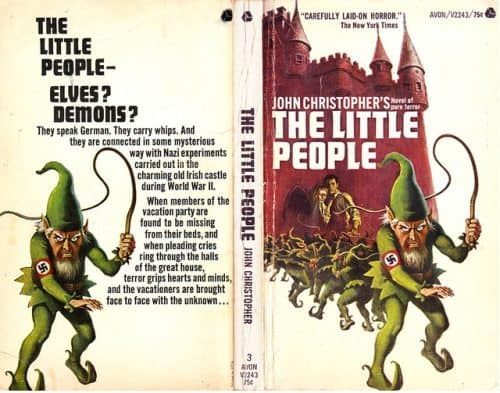 After their colossal success, publishers saw a ripe new market, and a moneymaking opportunity—and the crazy cover graphics were essentially advertisements for the books themselves. Some of the smaller horror publishers couldn’t afford B-list or even C-list writers, so they’d put all of their budgets into hiring the best cover artists. “They knew the one chance they had to sell this book was the cover art,” Grady says. “You want to stand out… and you’ve got one chance.” And the more over-the-top the cover art was, the better. Grady’s seen ’em all: from a skeleton delivering mail to Nazi leprechauns to killer crabs, horror art was definitely having its heyday. END_OF_DOCUMENT_TOKEN_TO_BE_REPLACED