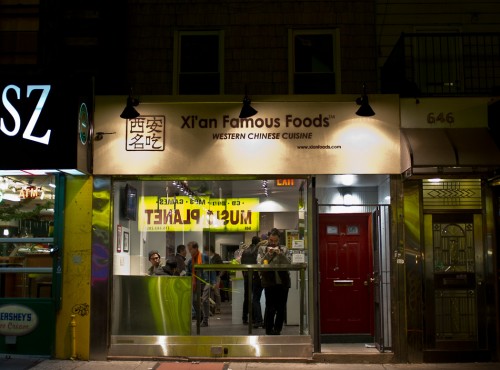 We all know that living in New York affords us the ability to travel without leaving the city, and few destination neighborhoods offer as much variety as Flushing, Queens.  Even a short trip here is enough to realize how lazy a term ‘Chinatown’ is.  Many of the restaurateurs in that neighborhood have begun to capitalize on this, highlighting their regional identity and scoring great reviews in the New York Times while attracting more western eaters to endure the 7 train in exchange for a cheap, delicious meal.  Few have done so with the marketing skill of Xi’an Famous Foods, which has now gone one better and recently opened up shop on the corner of Bedford and Manhattan Avenues in Greenpoint, thus sparing us the pre-dinner commute to Queens. END_OF_DOCUMENT_TOKEN_TO_BE_REPLACED

The brand new Greenpoint outpost of Xi’an Famous Foods will be having its official grand opening at 648 Manhattan Avenue this Saturday December 6th.

To celebrate their arrival in the neighborhood, the northwestern Chinese mini-chain will be offering a free noodle dish or burger of choice to Greenpoint customers. To take advantage of this you need to follow them on a social media platform (facebook, twitter, instagram or weibo, whatever that is) then turn up on Saturday between 11.30am and 5pm brandishing your phone.

Anthony Bourdain is a massive fan: “This place is unbelievable!” he says. Now it’s time to see if Greenpoint agrees…

Xi’an Famous Foods is at 648 Manhattan Avenue between Nassau and Norman Avenues. 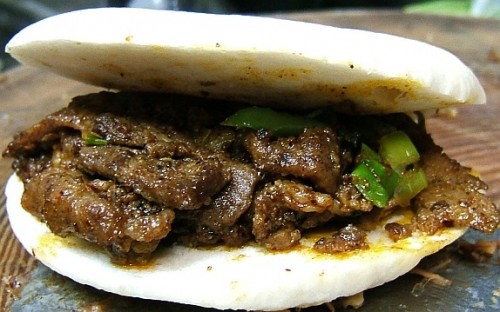