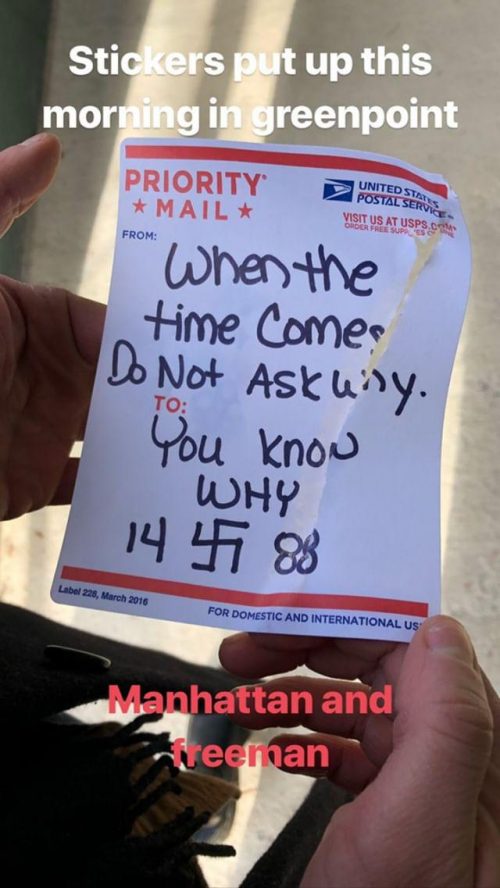 What are you doing next Saturday? If you can stomach planning more than two days ahead, come help clean up the neighborhood with Curb Your Litter and NAG on April 16 from 10 a.m. to 2 p.m. If you like your environmentalism with a touch of interactive data, check out this cool map.
What are you doing this Sunday, actually? If you’re single and metal as hell, come to Speed Metal Speed Dating at St. Vitus. This, from the same people who brought you Morrissey-themed speed dating night at Black Rabbit.
Transparency could soon be imposed upon the film industry thanks to a bill sponsored by Councilman Stephen Levin, which would require the city to provide monthly reports detailing when and where filming goes down (as well as the companies involved).

Do we smell another passive-aggressive Cuomo/de Blasio standoff? A state audit found that the MTA fudges its numbers on how often subway trains show up on time, and that service sucked more in 2015 than it did in 2014. But wait! Want to know the real shocker? The G Train performed better than any other line in terms of meeting target wait times: a rate of 81.3%.

The Brooklyn Chamber of Commerce is teaming up with the Greenpoint Chamber of Commerce, allowing all BCC programs to trickle down to GPC members.
Have you met the North Brooklyn Democratic District Leader? He can serve you a drink at 151 on the Lower East Side, where he tends bar.
Jonesing for a tree? You have until May 5 to register for the Greening Greenpoint Tree Giveaway. It’s free! And it’s a tree!
Category: News, The Hook-Up | Tags: Curb Your Litter, G Train, Greening Greenpoint, greenpoint chamber of commerce, Greenpoint cleanup, greenpoint film, mta, nag, Nick Rizzo, Speed Metal Speed Dating, st.vitus, stephen levin | 0 Comments