Even though Labor Day began as a New York City tradition, lots of us like to get out of town over the holiday. If you were off soaking up the last days of summer outside of the lush tropical paradise that is North Brooklyn, catch up on local news here!

Those who stuck around Greenpoint this holiday weekend had the opportunity to sample some unusual eats during the first annual Brooklyn Bugs Festival, “NYC’s first festival dedicated to edible insects.”

Meanwhile, at Mingstar Liquor (598 Grand Street) they were in a decidedly less festive mood on Monday night when a man in a Chicago Bulls cap held up the store, and walked off with $1,500.

School doesn’t start until after Labor Day, but parents in Greenpoint were gearing up even before the weekend began. Last Thursday night, moms, dads and caregivers went full rock-concert and came out with folding chairs and tents, ready to stake out a spot in line to register their children for the Early Childhood program at the Greenpoint YMCA (99 Meserole Avenue).

END_OF_DOCUMENT_TOKEN_TO_BE_REPLACED 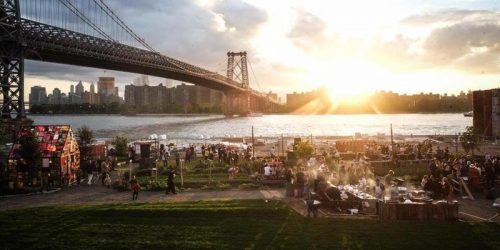 North Brooklyn Farms (320 Kent Ave) is having their fifth and final Every Body party of the season! Join them on the farm for a day-into-night party with food, drink, music & art.
2-10pm, $10 tickets here END_OF_DOCUMENT_TOKEN_TO_BE_REPLACED

FRIDAY 8/30
♦ City Limits Opening @ Fuchs Projects (56 Bogart St, Bushwick) 7-10pm, 6 artists were directed to throw a dart at an NYC subway map, travel to the end of the line they hit, and use what their surroundings to create art, More Info
♫  Yacht / Ludwig Persik / Ryan Power @ Music Hall of Williamsburg (66 N 6th St) 8pm, $16, BUY TIX
♥ Frankenhooker @ Nitehawk (136 Metropolitan Ave) 12:20am, What happens when a medical student puts the decapitated head of his dead fiancee on the body parts of various (also dead) prostitutes? An awesome movie, that’s what, Trailer 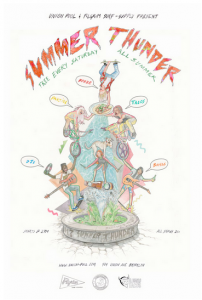 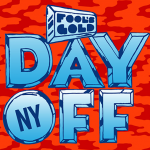 10 Things To Do in Brooklyn On Your Labor Day Staycation

Staycationing on a holiday weekend is sheer bliss for crowd wary Brooklynites. Restaurants are empty. The streets are calm. No stress to get out of or back into the city. So don’t be bummed if your friends donn’t invite you to their douchey rental on Fire Island or your boyfriend decides to go on a dude camping trip.

Brooklyn is yours this weekend!

10 Things To Do in Brooklyn On Your Labor Day Staycation

1. “Have fun with the folks, I’ll be drinking this Old Fashioned, baby!” Start off the weekend in the right spirit, with the right spirits. While you’re sipping an expertly made cocktail, laugh at the idea of sitting in tunnel traffic with your girlfriend’s annoying dog whining in your ear.  Try Brooklyn Social in Carroll Gardens (335 Smith St), Dutch Kills in Long Island City or The Richardson in Greenpoint.

2. How about a movie? If you’re not too cool to watch blockbuster Hollywood films, then you have to watch Batman The Dark Night Rises this weekend! Take the East River Ferry to Kips Bay Theatre on 2nd Ave & 34th St. If you’re worried you’ll get bedbugs, check out Searching for Sugarman at Nighthawk, which is the best story you’ve never heard. 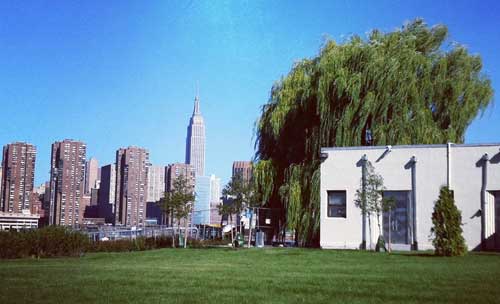 3. Picnic! We have all fallen in love with the newly opened WNYC Transmitter Park at the end of Greenpoint Ave. That weeping willow is a stunner! Pick up a Cheddar and Chutney Sandwich from Eastern District or get a picnic pack to go from Lobster Joint. When you want some sweet, Ovenly’s Peanut Butter Cookies are rated the best in NYC by Time Out. Need a good read? Head over to WORD (126 Franklin St) and pick up a copy of Visit Sunny Chernobyl: And Other Adventures in the World’s Most Polluted Places. END_OF_DOCUMENT_TOKEN_TO_BE_REPLACED