Recipes Gone Wild: Roasted Corn Salad – What to do if you see a raccoon or have an adundance of corn…

There’s nothing much cuter than a fuzzy raccoon, even when it’s peeking out of a greasy dumpster in the summer heat.  Case in point here. But if you have the pleasure of seeing one of these masked mammals lumbering around during daylight hours (as I have this summer at Prospect Park), it might make you wonder what’s up? Does this furry friend, noctural-by-nature, have rabies, and is it about to sink it’s sharp little canines into my shin, only to infect me with it’s life-threatening disease? END_OF_DOCUMENT_TOKEN_TO_BE_REPLACED

For corn-lovers, Greenpoint was the center of the known universe this Sunday, as TBD Bar hosted the first ever Kings County Corn Bowl. This fiercely contested cook-off settled a question as old as time itself: “what are the weirdest, wildest, and mother-shucking tastiestthings you can make with corn?”

Brooklyn Star previewed the main event with incredible Chicken and Waffle-Cones, topped with a tangy corn-slaw and lathered in syrup. 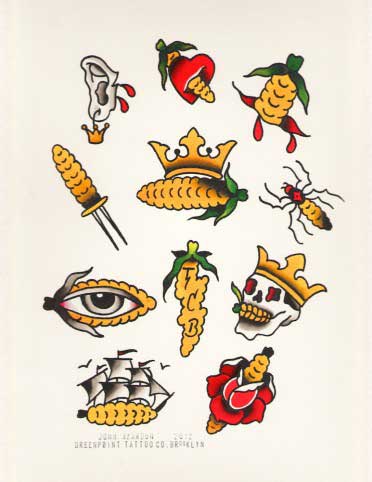