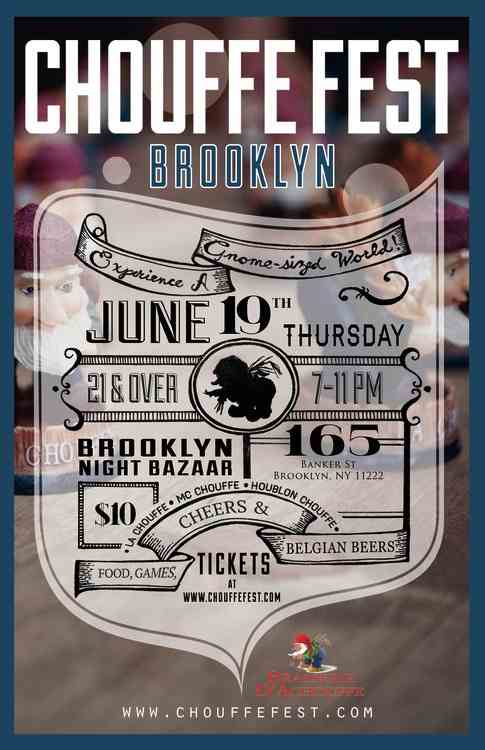 This Thursday, for one night only, Brooklyn Night Bazaar is being taken over by Chouffe Fest and transformed into a gnome-filled world of Belgian craft beer.

Enter through a larger-than-life entranceway, pose at an eight-foot tall gnome throne photo booth and indulge in numerous free tastings of Chouffe beer and some yummy nibbles. END_OF_DOCUMENT_TOKEN_TO_BE_REPLACED

Scenes from the US Air Guitar 2014 Qualifier at St. Vitus

Air Guitar is a serious sport! So serious, in fact, that it has its own regulatory body and season. St. Vitus Bar hosted the Brooklyn qualifier for the U.S. Air Guitar Championships this past Thursday, and it was a not-so-Quiet-Riot. Fifteen contenders came out for the qualifier. Five moved on to the second round. Of those, the top three were invited to the Northeast Semifinals. Here are some of our favorite images and videos from the event. Thanks to all those who uploaded the photos/videos with #usairguitar!

END_OF_DOCUMENT_TOKEN_TO_BE_REPLACED

There are two winners for the ricotta pie that Paulie Gee needed some help naming.

Winner #1 is Meghan O with “Ricotta Be Kidding Me!” (Email me at greenpointers at gmail.com to claim your prize!)

Johnny Boy who commented with “Feel Like Bacon Love” also won, but for another pie that was formerly named Marcella Matricana.

Paulie said, “I thought Feel Like Bacon Love was a better name for that pie so I renamed it.  Johnny came in last night with his fiancé so I gave them both pies.”

Thank you everyone who participated in the Greenpointers’ poetry contest!

Our winner is Athena Pappas with her poem “The Shayz Lounge.” Athena will be a featured reader at Poetry Teachers NYC’s open mic on February 27th, 2013 at Milk and Roses (1110 Manhattan Ave). Signup for the Open Mic at 7:30, show starts at 8pm.

The Shayz Lounge by Athena Papas

I want one stained
pencil scribbling
barely legible against
grainy brown paper
love letter jotted down
on the back of recycled napkin,

one thinking-of-you
pack of cowboy killer cigarettes,
discounted bottle of Chianti,
a blood moon stain on the end table.

One moment of the jukebox
making me feel
the pulse of fingertips
until the record ends.

Paulie Gee Sake Pie Winner Plus Another Pie To Name!

Paulie Gee isn’t a man who settles. I knew that even after 35 comments of clever names for a new pie on his menu, if it wasn’t absolutely perfect, he wouldn’t chose one. There were some real winners, like:

The Akira Kurosake, Land of the Rising Dough, Greenpointzilla!, For Heaven’s Saké, etc

But he is a man who keeps his word, so don’t worry – someone is getting a damn pie!

Congratulations Julie! (Email me to claim your winning pie – greenpointers at gmail.com)

And thanks for everyone who commented! 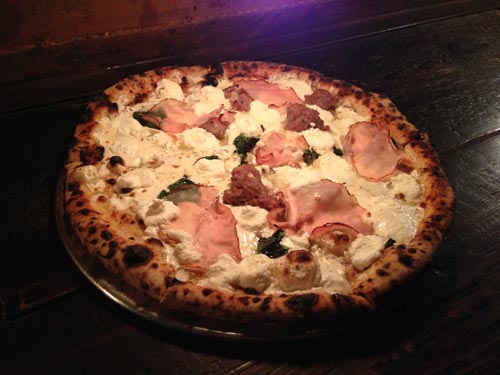 Hints: Paulie is big into music and said it could start with “Ricotta Be…” 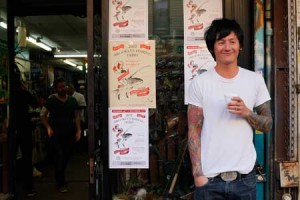 END_OF_DOCUMENT_TOKEN_TO_BE_REPLACED

Congratulations Julia! You are the winner of our giveaway! Have fun pickling tomorrow with Rick’s Picks at The Brooklyn Kitchen. 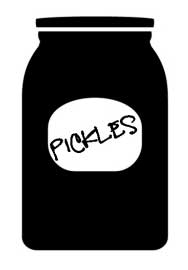 As with all our giveaways, to enter: answer the following question in the comments below:

What is your favorite kind of pickle?

One lucky winner will be announced on Tuesday September 18, 2012

Shuffleboard Tournament at The Diamond Tonight 8/27

And the winner is…

Congratulations to the winner of our giveaway! Emily with her comment of “Whisky Sour. Grandma’s Favorite” won 2 tickets to tomorrow evening’s How to … Shake, Muddle & Stir at Brooklyn Brewery! You will be slinging tails like the best of ’em in no time!