Our Gardens of the Galaxy Spring Market is Getting Ready to Blast Off! Spring may not yet have fully sprung but we’re bringing fresh life, warmth, and out of this world local vendors to the Greenpoint Loft on 67 West Street for Greenpointers’ Gardens of the Galaxy Spring Market. We’ll be blasting off on Sunday, April 22 and staying in orbit from 1 to 7pm. Join your fellow space gardeners and RSVP on Facebook.  More deets here. 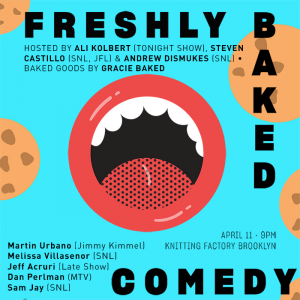 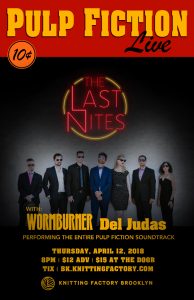 After seeing this article on Brownstoner, I called Community Markets, a company that  according to the article, “gained approval from Community Board 1” to develop a Farmer’s Market at McGolrick Park.

GP: “Is it true that the Farmer’s Market will begin on Sunday June 3rd?”

Community Market: “Yes,” then, “hold on,” then “everything should be buttoned up by next week. We’ll call you back.”

I called Community Board 1 and spoke to Marie (great Brooklyn accent) who said they “support the conceptual plan” but cannot approve it. Community Markets’ next step is to gain approval from the Park’s Department, who owns the property.

After speaking to the Park’s Department, the Farmer’s Market in McGolrick Park is “still in discussion,” as well as a proposal for a farmer’s market in Cooper Park.

So I am going to just go ahead and get everyone’s hopes up and be optimistic that this will happen, but I will keep you updated.