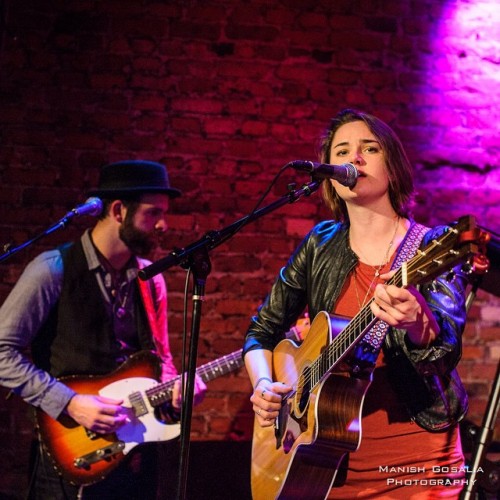 Singer-songwriter Megan Talay performed in New York City for the first time at age 20. Talay, like some of her influences (Bob Dylan, Joni Mitchell, and Ingrid Michaelson), got her start at The Bitter End. Since then, she has played her self-penned folk, pop, and rock songs at venues like the Sampler, Cameo Gallery, Arlene’s Grocery, and Rockwood Music Hall. This Friday, April 10th at 10:00pm, she’s coming to Pete’s Candy Store to celebrate her 23rd birthday and you’re invited. END_OF_DOCUMENT_TOKEN_TO_BE_REPLACED

“escaping into the who goes there? & now’s not the time to act silly, so wear your big boots & jump on the garbage clowns, the hourly rate & the enema men &…”

Crystal Jukebox Hymn, composed of text from Bob Dylan’s experimental poetry prose collection Tarantula, is an immersive experience for the audience who are beckoned to follow an eclectically eccentric group of characters which have been ripped from the confines of a social hierarchy and woven together in a multi-media performance traversing through a crime scene, a bar, a forest, an asylum, a cave and everywhere in between, always with an inherent call for the road and noise on the street. Their every move is captured and splayed against the back wall by the watchful eye of The Narrator, who likes to disguise himself as the Chief of Police. Issues of prejudice, minority, propaganda, corruption, war and privacy that exist within are all unravelled through the rhythmic stream of conscious flow of Bob Dylan’s imaginative words. END_OF_DOCUMENT_TOKEN_TO_BE_REPLACED

“I consider myself a poet first and a musician second,” said Bob Dylan, “I’ll live like a poet and I’ll die like a poet.” Through a captivating performance of Crystal Jukebox Hymn, which was devised from Dylan’s book of experimental prose and poetry Tarantula (1966), his words found new life this past weekend at Glasshouse in Williamsburg. END_OF_DOCUMENT_TOKEN_TO_BE_REPLACED