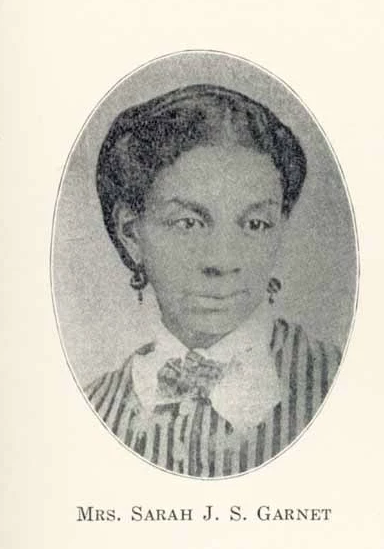 African-Americans were only allowed to vote if they owned $250 worth of property- no small sum in 1820, but Sarah’s father was rich enough to meet the qualification. Her father was a strong advocate of black voting rights and Tompkins Garnet would continue his legacy, fighting against racial discrimination and for expanded voting rights. He also stressed that his daughters get educated. Garnet’s sister Susan McKinney Steward became the first black woman in New York State to earn a medical degree, and only the third in the United States. END_OF_DOCUMENT_TOKEN_TO_BE_REPLACED

Angered by a pro-slavery editorial in a New York newspaper, Hodges paid to print a rebuttal, but his article was stuck in the back of the paper where no one would see it. When he confronted the publisher, the man told Hodges to start his own newspaper which he did, starting publishing the weekly Ram’s Horn in 1840, which features articles by Fredrick Douglass and John Brown, the future leader of the unsuccessful attack on the Harper’s Ferry arsenal. Douglass urged Hodges to “blow away” on his horn, predicting that its “wild, rough, uncultivated notes may grate on the ear of the refined,” but would “be pleasurable to the slave, and terrible to the slaveholder.” END_OF_DOCUMENT_TOKEN_TO_BE_REPLACED 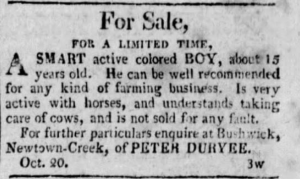 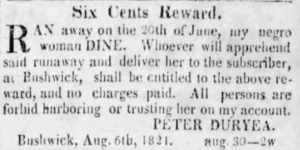