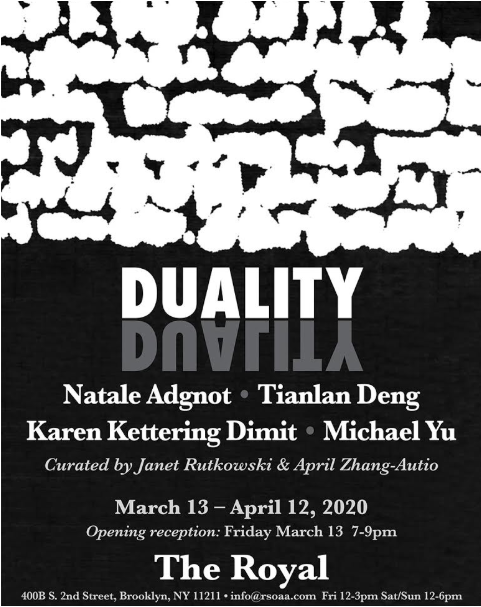 Longtime Greenpointer Janet Rutkowski has curated the new show Duality at The Royal Society of American Art (400 South 2nd Street). Curated alongside April Zhang-Autio and now showing at this Williamsburg gallery, Duality, as the title would suggest, highlights the yin and the yang: each artist in this exhibition delves into the nature of dualism where seemingly opposite forces may actually be complimentary and interconnected.

The Royal was founded in 2013, and this new exhibit will have its opening reception on March 13. The show runs through April 2 and features artists Natale Adgnot, Tianlan Deng, Karen Kettering Dimit, and Michael Yu.

In addition to being an independent curator, Janet is also a sculptor and — with her husband, the musician Walter Kenul — owns the BFD Firehouse Studios at 176 Norman Avenue.