Neighborhood Carolers will Sing Around Greenpoint on December 20 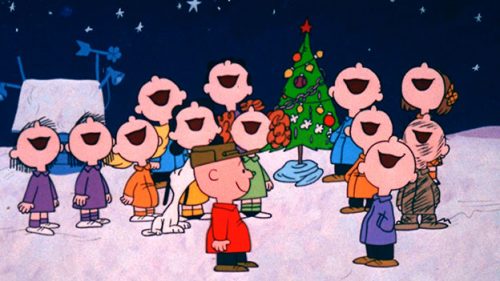 A ragtag crew of former theater majors will convene and carol around the neighborhood on Friday, December 20. Soprano Sharon Gladstone has dubbed the crew the “Evergreenpoint Carolers,” and their evolving songbook features a smattering of yuletide tunes from timeless classics (“Silent Night”) to secular goodies (“Deck the Halls”).

Singing in SATB choir arrangement, the a capella ensemble will don scarves and shake sleigh bells starting at 7 PM. The troupe of self-described “vocally trained, but formally lax” singers will perform in three locations over the course of the evening: first at the Greenpoint Avenue subway station (off of India Street — don’t accidentally go to Greenpoint Ave’s entrance and miss the magic), followed by outside WORD bookstore (126 Franklin Street), and ending at The Springs (224 Franklin Street) at about 8:30 PM. The carolers say they may go door to door if they’re feeling frisky.

Donations will be accepted by the carolers with the proceeds divided up to benefit the local nonprofit North Brooklyn Neighbors and Brouhaha Theatre Project, an indie theater company run by some of the carolers.

Community-oriented and organized by Greenpointers Art Editor Billy McEntee, the carolers hope to spread holiday cheer in one of Brooklyn’s most spirited and decorated neighborhoods. To donate or learn more, please email Billy at [email protected].