First, congratulations to the Cubbies on yesterday’s win.

Bill Murray must have earned some good karma visiting us in Greenpoint, because his favorite team won.

Roaming around town you can find Girls Against Boys, Faster Pussycat, Girlpool, and The Screaming Females.

Of course, that’s not the only good music in town, tonight (11/3) has two Latin DJ’s spinning, and the rest of the weekend you can find folk-rock, dad rock, rockabilly, and all those no-wave dreamy bands that cater to anyone who hates rock music.

But first, congratulations to Soundcloud, this week they managed to have tracks for about 95% of the bands I thought were worth a listen this weekend, including some not mentioned here. It adds up to an astounding ninety-three tracks that I compiled into this playlist.

Since all your preview tracks are available there, I’m going to stick to basics below.

That means tonight, you can see Girls Against Boys at St. Vitus at 8 PM, folk-rocker Ryley Walker at Villain at 8, Girlpool at Silent Barn at 10 with Yohuna  and Jackal Onasis opening, and farther afield, rockabilly and bomb-set vets The Blasters and Delta Bombers at Hill Country Brooklyn at 8:30.

Talk about a tough decision. Oh yeah, the Teen Commandments are also at Rough Trade at 9. And DJ Captain Planet spins traditional salsa and Latin funk at Bembe starting at 10. 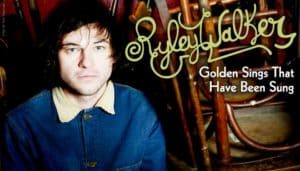 Here‘s a map to all those places so you can play Frogger across McGuinness Ave. while trying to catch all the acts you can.

For the rest of the weekend into Monday, the field is less crowded. On Friday, Grouplove is at Warsaw at 7, and Kayo Dot plays Trans-Pecos along with Wrekmeister Harmonies at 8:30.

Screaming Females are at Villain on Saturday at 8, and Sunday, Shea Stadium has No One and the Somebodies at 7.

The last time I saw Faster Pussycat it was in a strip mall in San Antonio, TX.

The club was right next to a Yarn Barn where a bunch of blue-haired ladies were huddled behind the store’s front door, frightened by the band’s audience gathered outside.

Save up your extra hour of sleep from when Daylight Savings Time ends on Monday morning to catch the crew that night at St. Vitus at 10 PM.