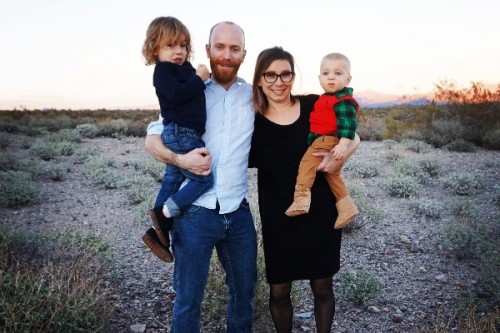 If you’ve walked past the East River Skate Shop in the past couple of weeks, you’ve seen the tribute to Richard Oates outside his shop. Oates was tragically killed while skateboarding on the Lower East Side on January 12.

He is survived by his wife, Marisa Kompar, and their two children, Finnegan, 4, and Theodore, 10 months. You can contribute to the children’s education fund here.

“It wasn’t until he met his wife that Richard’s trajectory became honed. The tape to his deck, the brain to his heart, they emerged together as each other’s best advocates. They called Brooklyn home, but their community extended to wherever they stood. Every step had prepared him for fatherhood, and at that, he excelled.” 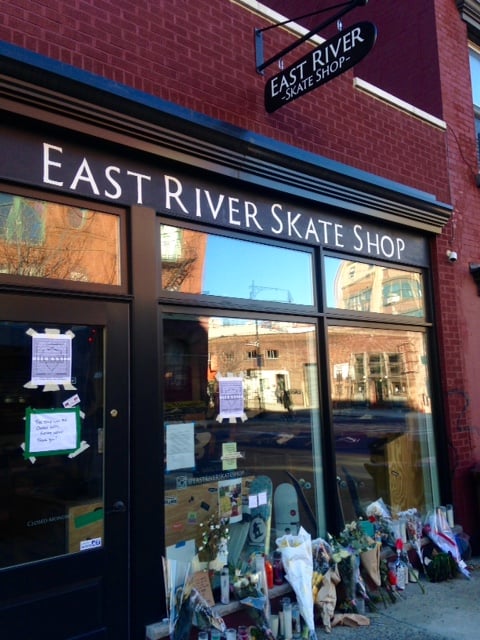 Oates started out as a chef at Left Bank and Freeman’s, but wanted to spend more time with his children, express his love for skateboarding, and connect with the skateboarding community. In 2015, he opened the skate shop on Greenpoint Avenue near Franklin Street with his wife and quickly became a strong member of the vibrant Greenpoint community. Beloved by baristas, local shop owners, and customers, he was an advocate for the creative ideals of the skateboarding world.

“A skateboard shop sort of embodies the qualities that we most identify with and embrace — one of street art and of the working artist,” Oates said. 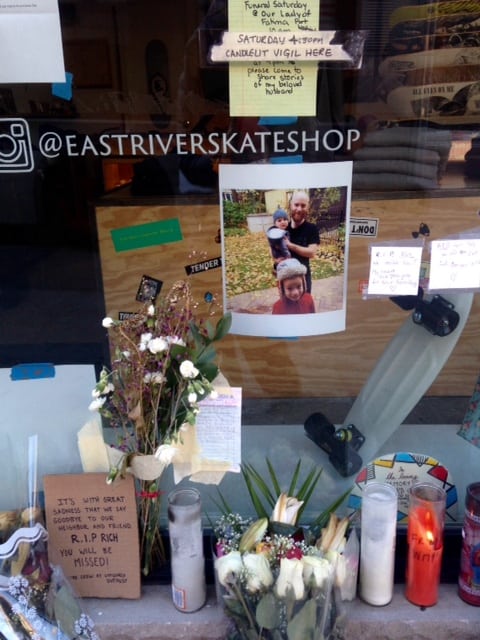 Friends, family and the Greenpoint community are deeply mourning the loss of Oates. In DNA News, his friends and customers reminisce about his love for skateboarding.

“‘Skating is all he talked about,’ said Todd Schmiedlin, a barista at Budin, a café down the street from the skate shop. He recalled Oates’ telling him on many occasions: ‘Yeah it’s a good day, I got to skate.'” 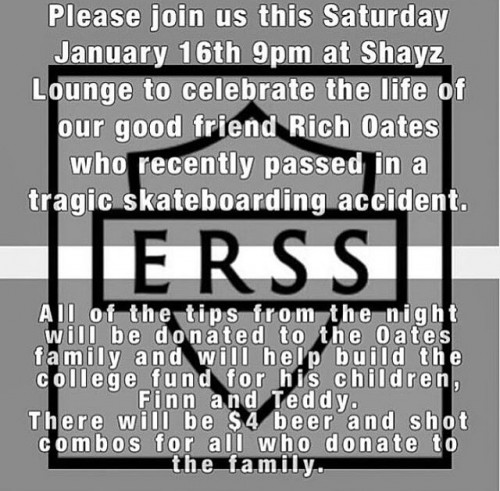 Contribute here to the general GoFundMe for Oates’ family.