I mean c’mon you know it’s just going to turn out to be a normal boring winter storm this weekend.

But just in case, our show recommendations will keep you close to home.

The Mickey Avalon show at Knitting Factory is sold out Saturday night, but when snow is expected, some people wimp out and put their tickets up on Craigslist. Worked for me! Just picked up 2 yesterday that way, so keep an eye online.

In case you are wondering how this L.A. rapper sells out most of his shows, here’s what goes down there.

If the past is any guide, half of those people onstage will be from the audience.

The Grand Vic hosts both a hardcore punk matinee and evening show Saturday. Remnants starts things off at 3:30 PM, then it’s Kid Nichols, Up for Nothing, and After the Burn. Doors re-open at 7 PM for Scum Punch, 45 Adapters, Out of Order, and Inspecter 7.

Here’s a playlist preview of the lineup.

It’s going to be a violent crowd. If you’re up for getting pounded into the street outside Grand Vic, boot-stomped, then left for dead in the snow with the words FROST BOY written in lipstick on your forehead, here’s your shot.

Or you could just stay safely across the street from the club, dust off your plaid pants and varsity sweater, pull up a lawn chair, and spectate the action.

To complete your family-friendly weekend, death-metal act Horrendous plays St. Vitus on Friday night. They cap a four-band lineup that begins at 8. You can preview their latest release here. 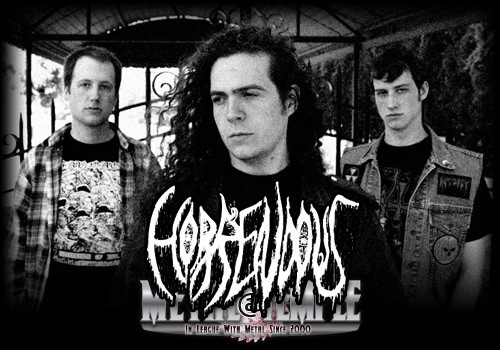 OK I’ve gone through all the concert stuff, so you can just stop reading at any point now. But the portent of blizzard this weekend got me thinking about Little House on the Prairie, the TV show.

For those of you who are too young to remember it, the show was super melodramatic, where something went wrong every episode. Someone would go blind, a home would burn down; someone would freeze to death in a blizzard, too blinded by snow to realize they had made it to only steps away from their front door.

The show’s predictability reminds me of that old joke about Gilligan’s Island: “Hey, I think this is the episode where they almost get off the island!”

But it turns out that’s not the half of it. The author of the Little House series, Laura Ingalls Wilder, led an even more gothic life than she made out in her books.

I’m just going to quote verbatim from an article in Humanities magazine:

“Wilder never included the family’s stay in Iowa . . . where Laura and her sisters were hired out for domestic work at a local hotel, and where Pa Ingalls woke them in the middle of the night to leave town and their debts behind.” (Link not in original).

“She also left out the story of the mysterious Benders who ran a remote inn in Kansas with a perpetually plowed back forty that hid the graves of murdered guests.”

“Wilder told an audience in Detroit in 1937, ‘Although we knew [these stories to be] true they seemed unreal to us for Ma was always there serene and quiet and Pa with his fiddle and his songs.’”