Spectacle Theater, Cinematic Dealer in All Things Weird and Wonderful, Has Reopened

Spectacle Theater is back in business, and one of the films they are screening this month is a good reminder of why we needed them back.

Before getting into details of the film, you’ve got to hear how it got made. A commercially successful South Korean film director was happily rollin’ in mad skrilla, until North Korea jack-nabbed his actress trophy ex-wife off a Hong Kong street, dragged her up North, then jacked him when he went to find her. 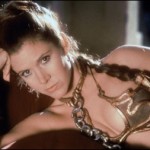 North Korea’s Supreme Leader Numero Uno then forced them to make movies for him.

It’s all very “Princess Leia in Chains.” Movie details below.

The film, Pulgasari, is ostensibly a Godzilla ripoff, but it was also subversive at the time, because it is about people rising up against a despotic leader. Most film buffs go to see it for the low-tech special effects.

The film will play this Saturday, January 9th at 10 PM, and on three later dates.

You should also check out Living Stars, which shows off the dance moves of ordinary Argentinians.  I put together a GIF gallery of highlights below.