Historic march for Climate Change is happening this Sunday. The whole country will be there. Every Greenpointer should be there too. 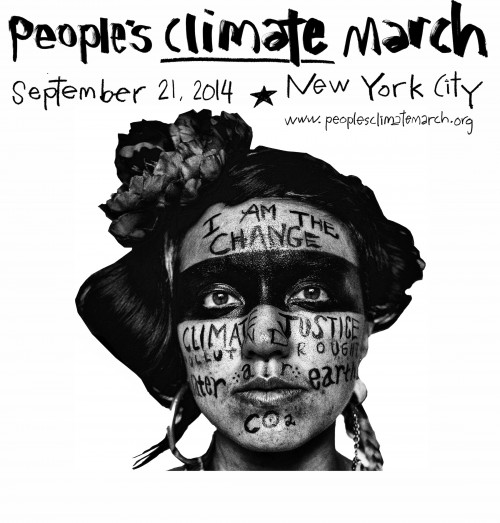 As Greenpointers, we are already hyper-aware of the toxic soup that bubbles beneath our streets and the ravages of what Ms. Superstorm Sandy did to the area.  We all know, at least most of us do, climate change is a real thing that needs addressing.  So this Sunday instead of heading out to your favorite brunch spot or slipping that pillow over your head, why not come out and do something for the health of the world and march along aside 100,000+ people who all care about climate change. Trust me, with a 158 other countries participating, this is one historic event you are not going to want to miss.

Why is Sunday’s march so important? On Tuesday, everyone who runs a country will be in town for the United Nations Summit on Climate Change.  Isn’t it time we shake these damn politicos out of their comfortably numb stupors and that them know it’s time they wake up and smell the fumes? Our planet is in deep shit and if we expect future generations of people, plants, and animals to around for the long haul, we need our voices heard now.

The good folks at People’s March for Climate Change have made marching easy for us to do.  The march is set to begin at 11:30 a.m. Sunday morning with entrances for folks along Central Park between West 86th and 65th Streets.  Everyone will proceed down past Columbus Circle, towards 11th Avenue, and end at 34th Street. 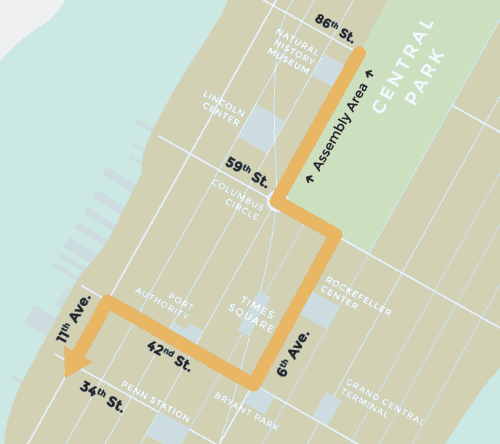 At 1 o’clock there will be a 2 minute silence for victims of Climate Change followed by your loudest, angriest scream with the help of 20 marching bands, cellphone rings, city wide church bells. If you’ve got a trumpet, bring it. A kazoo? Even better!  And don’t worry artists, there will be plenty of visual spectaculars on hand for you too. A warehouse in Bushwick has hundreds of people are working  on flyers and banners, paper maiche puppets, even a 30ft wide life preserver. If that wasn’t enough, some religious groups will be riding down the street in their own arks.

“The goal is not just to be the largest climate march in history but also to be the most diverse,” said Caroline Murray, the field director for the event. “Traditionally, you think of climate change as the cause of more traditional environmental groups, but this is a much broader array of activists.”

Organizers say it is impossible to determine how many people are going to turn up, but with over 1,400 partnering organizations ranging from Amnesty International to our own local groups such as NAG and Save Greenpoint, it looks like they’ll be plenty of diversity around.

For those interested and don’t feel like going alone, NAG will be meeting up at the Bedford Avenue train Station at 10 a.m.

Correction: Due to this weekend service changes to the #7 train anyone wanting to march, should meet up with fellow Greenpointers at the Bedford Ave station at 10 a.m.