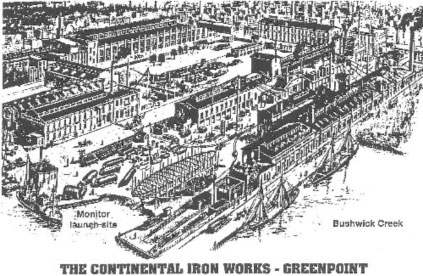 The vessel was constructed at Continental Iron Works and designed by the Swedish-born engineer and inventor, John Ericsson. The innovative design captured the attention of the world and became famous for battling the USS Merrimack of Virginia in the Battle of Hampton Roads, which lasted four hours and was the first stand-off between two armored warships. Neither ship could destroy the other, although many cannon shots were fired. END_OF_DOCUMENT_TOKEN_TO_BE_REPLACED